‘Cruella’ Star Mark Strong On How He Crafted His Mysterious Character 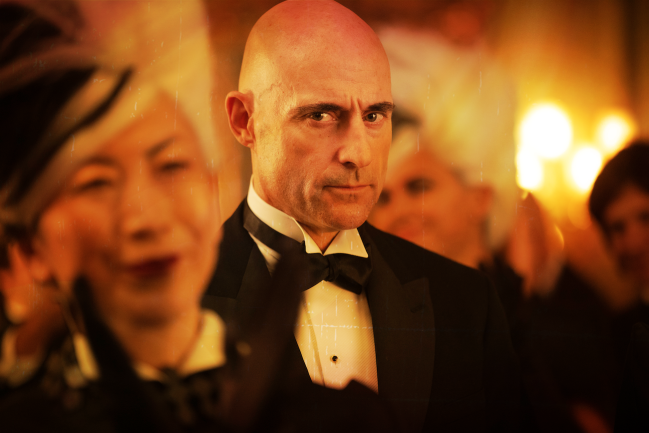 Mark Strong is just one of those actors that add prestige to whatever movie he’s in. While he’s rarely, if ever, the headliner, he’s usually the third or fourth lead and is tasked with doing some of the film’s most important dramatic work. Just think back to the Kingsman sequel, for example, when Strong was able to illicit tears out of grown me by simply singing John Denver’s “Country Roads”.

That certainly remains the case in his latest film Cruella, as Strong’s character seems to be the only one not operating as if they were a cartoon brought to life.

During our interview with Strong last week, we spoke with the acclaimed character actor about his role in the Cruella and how he went about creating a character in contrast to all of the larger-than-life figures in the film.

#Cruella is now in theaters and on Disney+! 🍿

Eric Italiano: This is a movie with a lot of over-the-top characters and performances, but in a good way. I think that’s what makes it fun — to the point that your character is basically the only one that isn’t this larger than life creation. When you’re in a film, does the extraness of other characters influence how you play your role? Are you trying to feed off their energy? How does that impact the way that you play a role when everyone else around you is so outlandish?

Mark Strong: Really good question. When you do theater, for example, you rehearse together. You have a four-, six- or eight-week performance schedule so that you can all work out what the other person’s performance is gonna be. When you do film, you literally arrive on set and you have no idea what the other person is gonna do. All you can do is prepare the stuff that you’ve done, bring to the table what you wanna bring, and hope that it fits. You have a brief moment to maybe run the scene before you do it and the director, obviously, can push or pull as he sees fit. But yeah, you have to make it up on the spot. But I always knew that those characters were going to be larger than life, because that’s the nature of the film.

And Craig Gillespie, the director, he said to me, “Listen, your guy is gonna be mysterious. He’s gonna have a presence. We don’t really know what’s going on with him. He watches. He listens pretty much like British butlers or valets traditionally do, and that’s gonna be the vibe of your guide,” because as you know, now having seen the movie, there’s something that happens in the movie that’s very relevant later on. And until that point, you don’t really wanna know, “Is this guy a good guy, a bad guy? Who is he?”

Make sure to check out Mark Strong in Cruella when it hits theaters and Disney+ Premier Access on Friday, May 28.