Curse Of The Pharaohs: 12 People Die After Opening Sarcophagus In Ancient Egypt According To Documentary 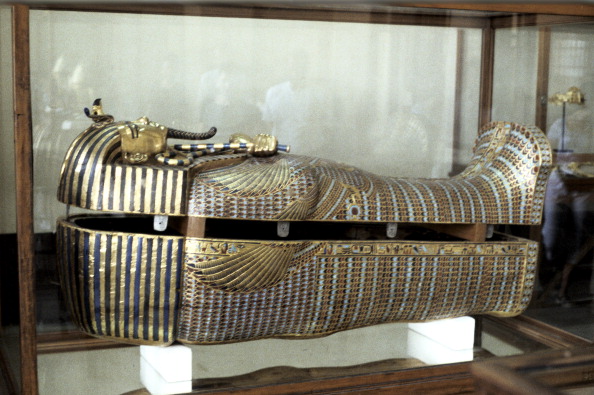 Don’t mess with dead people. Especially dead pharaohs laden with booby traps and curses. But the prospect of being cursed by an Ancient Egypt pharaoh didn’t stop archaeologists from invading the sacred tombs of pharaohs in search of riches and treasure, but are given a death sentence instead.

King Tutankhamun’s tomb was discovered in 1922 by Howard Carter and his team of archaeologists. In the documentary Top 10 Secrets and Mysteries on Netflix, the show spotlights how many people died after the sarcophagus was opened. “Most of the deaths can be explained medically, however, of the 12 people present during the opening of the sarcophagus, six died mysteriously within a few months,” the documentary states.

Yes, technically everyone who entered this sacred tomb died or will die. However, the way many of these people died appeared to be spectacularly unlucky. These weren’t old senior citizens who died at the ripe age of 82 because of natural causes. These were bizarre and frightening deaths that include murder, suicide, and shaving accidents.

RELATED: Mysterious Black Sarcophagus Opened Despite Fears Doing So Would End The World, But Contents Are Scary

George Herbert, 5th Earl of Carnarvon, a real-life Indiana Jones and financier of the excavation, was the first to have died from Tut’s curse. He died on April 5, 1923, after he opened a mosquito bite from shaving, the wound became infected and he died from blood poisoning. There are reports that all of the lights in Herbert’s house mysteriously went out when he died.

George Jay Gould I, an American financier, died in the French Riviera on May 16, 1923, after he developed a fever immediately following his visit to the tomb and died a few months later from pneumonia.

Prince Ali Kamel Fahmy Bey of Egypt died on July 10, 1923, when he was shot dead by his wife Marguerite Alibert.

Colonel The Hon. Aubrey Herbert, who was Carnarvon’s half-brother, became blind and a doctor thought his rotting teeth caused the loss of sight. Herbert had every tooth pulled and he died on September 26, 1923, from the surgery five months after his brother’s death. Though he didn’t enter the tomb, many believe his death was part of the pharaoh’s curse.

Sir Archibald Douglas-Reid, a radiologist who x-rayed King Tut’s mummy, got sick the next day after entering the tomb and died on January 15, 1924, from a mysterious illness.

Hugh Evelyn-White, a British Egyptologist who was one of the first to visit Tutankhamun’s tomb to excavate the site near Luxor, Egypt, hung himself in 1924 and left a note reportedly written in his own blood that read: “I have succumbed to a curse which forces me to disappear.”

Sir Lee Stack, Governor-General of Sudan, was assassinated while driving through Cairo on November 19, 1924.

A. C. Mace, a member of the excavation team, died in 1928 from arsenic poisoning.

The Hon. Mervyn Herbert, Carnarvon’s half-brother and Aubrey Herbert’s full-brother, died on May 26, 1929, from malarial pneumonia.

Captain The Hon. Richard Bethell, Carter’s personal secretary, died on 15 November 1929: died in bed in a Mayfair club, the victim of a suspected smothering at an elite London gentlemen’s club.

Richard Luttrell Pilkington Bethell, 3rd Baron Westbury, committed suicide when he jumped off the seventh floor of his apartment and died on February 20, 1930.

Howard Carter gave a “gift” to his friend Sir Bruce Ingham, the gift was a paperweight that was allegedly a mummified hand wearing a bracelet that was inscribed with the words: “Cursed be he who moves my body.” Shortly after receiving the gift his house burned down in a fire and during the reconstruction of his house, the area was hit with a flood.

Aaron Ember, and American Egyptologist did not enter the tomb, but was friends with almost every single one of the people on the expedition. Ember’s Baltimore house was on fire in 1926 and he was safe, but he went back into save a manuscript of a book he was working on. The name of the book was The Egyptian Book of the Dead.

James Henry Breasted, an Egyptologist, returned home after helping open the sarcophagus and found that his pet canary had been eaten by a cobra. The cobra, which represents Ancient Egyptian pharaohs, was found in the canary’s cage.

RELATED: Over 7,000 People Want To Drink The Red Liquid From The Mysterious Black Sarcophagus