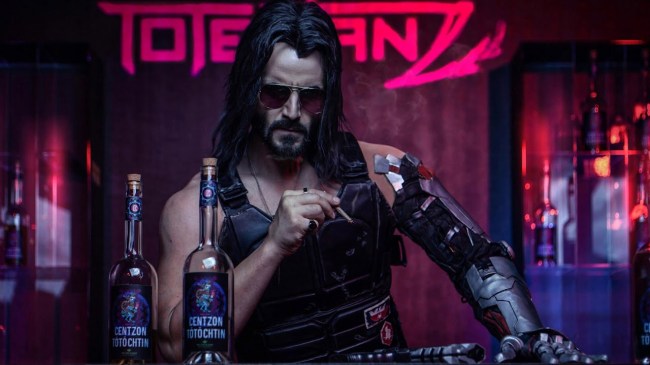 As if Cyberpunk 2077 wasn’t already enough of a crapfest, now gamers are getting in hot water for using a mod that allows them to sleep with the character modeled on Keanu Reeves, Johnny Silverhand, and actually sparking consent issues.

The mod in question, to break it down into simple terms, allows the gamer to swap Keanu Reeves’ Johnny Silverhand body with any JoyToy (escort) in the game so you can have intercourse with him.

The issue isn’t that the Keanu Reeves-based character is having sex, gamers are free to do that if they are playing as him. Just not the other way around.

“Our most important rule regarding user-generated content, game mods in particular, is that it can’t be harmful towards others,” CD Projekt Red told Eurogamer in a statement. “In the case of model swaps, especially those that involve explicit situations, it can be perceived as such by the people who lent us their appearance for the purpose of creating characters in Cyberpunk 2077.

“Therefore, when making fan content, creators have to make sure they’ve got permission from all the concerned parties (which might be people other than CD Projekt Red). For the characters we’ve invented for the game, we broadly permit you to tweak the game at will and just have fun. When it comes to models of real people whom we’ve asked to participate in the game, we kindly ask you to refrain from using them in any situation that might be found offensive if you don’t have their explicit permission.”

Related: Gamers Are Losing It Over ‘Cyberpunk 2077′ Glitch That Won’t Keep Characters’ Junk In Their Pants

In other words, Keanu Reeves might get upset if he sees clips of a character who looks just like him getting into some compromising and explicit positions that he did not approve beforehand.

So while it is certainly understandable that CD Projekt would want to put halt to this mod before it became a legal issue, not all gamers appreciated their plight, at least in this situation.

Personally I'm just curious as to what Keanu's thoughts are on this. I doubt Cyberpunk players are the first to explicitly state their desire to boink him.