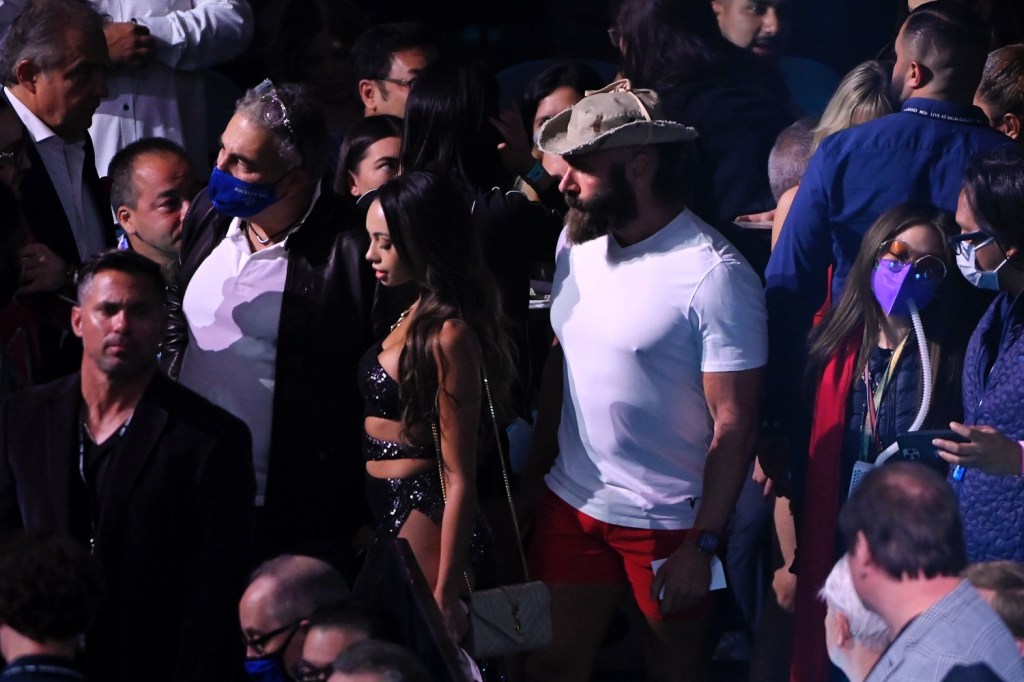 Dan Bilzerian aka the ‘King of Instagram’ is offering a hefty reward for a stolen watch. He alleges that someone stole the million-dollar Richard Mille watch right off his wrist during the Las Vegas boxing match between Canelo Alvarez and Caleb Plant and he obviously wants it back now.

In the ring, Canelo Alvarez dispatched Caleb Plant to become the undisputed super-middleweight champ. Tickets to the fight ranged from around $70 to just get in the door to $4,000 for good seats. Of course, Dan Bilzerian is a VIP and that comes with certain perks. He very well might’ve paid for his own tickets but you never know.

Dan Bilzerian filed a police report for ‘larceny’ immediately after the fight according to TMZ‘s law enforcement sources. According to reports, Bilzerian did not have insurance on the Richard Mille watch that’s estimated to be worth between $950,000 and $1,000,000.

You can see the watch in these photographs here:

The reaction fans Dan Bilzerian fans was mixed but most people are questioning the $50K reward for something worth $1 million.

Oh please sir,ure never seeing that watch again 🤣coz why would anyone holding 1milli give it back in exchange for 50k🤷🏽‍♂️ pic.twitter.com/80APmtXPnf

should have just kept it as an NFT

prob a promo for Richard Millie. it's in his back pocket

Me searching for sympathy pic.twitter.com/3WYmYGGfbe

Not having insurance on a watch of that value is a decision he’s certainly regretting at this moment (I’m sure he has a good reason behind that) but Dan Bilzerian hopes the whopping $50,000 reward will entice someone to come forward with the timepiece.

He suspects that someone slipped it off his wrist while he was taking photos with fans as he was approaching the ring before the fight. There’s no lock on the clasp and the hallmark feature of Richard Mille watches is that they’re incredibly light, hence why they’re so popular with athletes like Cristiano Ronaldo and Rafael Nadal.

Richard Mille watches are also incredibly rare and expensive. They range from a few hundred thousand dollars at the low end on up to well over three million dollars. They are as expensive as it gets. For context, here’s what a Richard Mille watch worth $3.4 MILLION looks like:

And here’s Drake with a $2.2 million Richard Mille watch:

According to the report in TMZ, the venue didn’t have any available security footage they could share with Bilzerian to try and track down the missing watch. That seems pretty odd given that it’s Las Vegas and there are security cameras everywhere, and also there were thousands of people in there filming with their cellphones. Someone has to have seen something.

It’s unclear to me what someone would do with this stolen watch. It’s an iconic piece that is registered to Dan Bilzerian’s name via serial number. He’s photographed in countless situations wearing it. It’s not exactly like someone could wear this watch around Las Vegas or Los Angeles without someone noticing what it was because they are iconic watches.

Selling it? Nope. No jeweler is going to take that with the serial number on there similar to how stolen Banksy pieces of art are worthless on the secondary market. So it does seem (to me, at least) like the $50,000 reward has a very real chance of turning that watch backup. Who knows, maybe it just fell off his wrist at some point?

Hopefully, someone does the right thing and returns the watch and doesn’t even ask for the reward. It’s his property, someone either found it or stole it. It belongs to him, get it back to him, and if you know something you should say something.