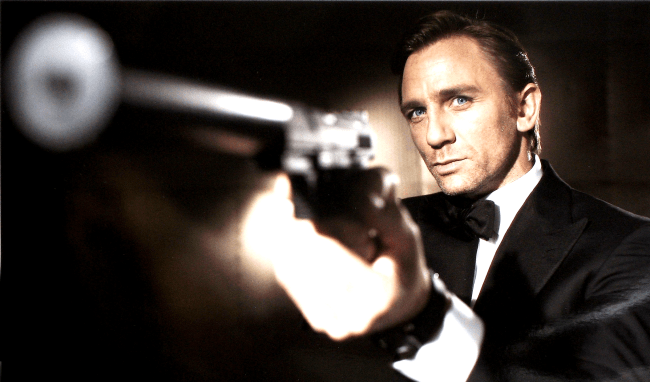 Daniel Craig, the newly minted highest paid actor in the world, has some very unique ideas about how things should operate in the world.

For instance, Craig feels inheritance is “distasteful” and will give away all that big time money he’s made to people other than his children when he dies.

Daniel Craig also thinks that, as he steps down from the role of James Bond, that his replacement should be anyone other than a woman.

We know this because that’s what he just told Radio Times while he was out promoting the latest James Bond film No Time To Die.

“The answer to that is very simple. There should simply be better parts for women and actors of color. Why should a woman play James Bond when there should be a part just as good as James Bond, but for a woman?” Craig said in response to the question of whether a female actor should take over his role as the iconic super spy.

Reactions to Craig’s stance on James Bond not being played by a woman were predictably split.

Daniel Craig believes James Bond should not be a woman:

So does every other human on earth

Ian Fleming created James Bond to be a male. It shouldn't be anything different. Would people accept Lara croft as a male?

As women, we shouldn’t want these roles. We should be given the opportunity to create our own instead of being given mens scraps.

Why not! His comment smacks of deep-seated misogyny. I for one will not watch any film connected to him.

Oh no Daniel pls its 2021,this is just asking for cancelation even though youre spitting facts.

Daniel Craig’s statement also echoes that of the film franchise’s producer Barbara Broccoli, who told Variety last year, “James Bond can be of any color, but he is male.”

Broccoli added, “I’m not particularly interested in taking a male character and having a woman play it. I think women are far more interesting than that.”

For what it’s worth, rumor has it that Lashana Lynch, who play an M16 agent named Nomi in No Time To Die, will be the first female 007 in the upcoming film. However, she has no interest in taking over the Bond role permanently.

“Nooo! You don’t want me!” she recently told the Guardian.

Not that she is against a woman following in Daniel Craig’s footsteps as Bond.

“With Bond, it could be a man or woman,” she added. “They could be white, black, Asian, mixed race. They could be young or old. At the end of the day, even if a two-year-old was playing Bond, everyone would flock to the cinema to see what this two-year-old’s gonna do, no?”

No Time To Die hits theaters on Oct. 8.