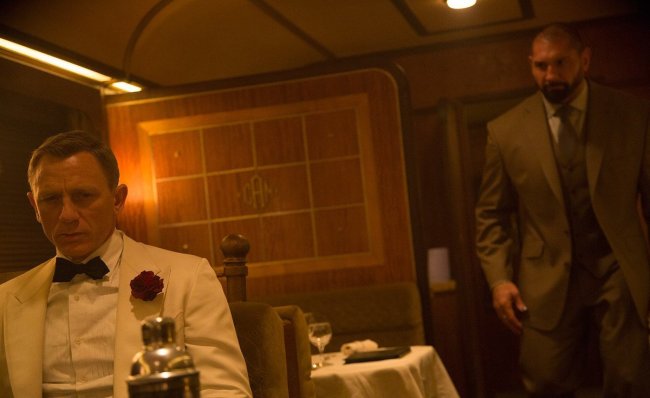 Not to flex on you — okay, maybe a tiny flex, but forgive me as I’m quite excited — but I’m *finally* seeing No Time To Die tomorrow after literal years of waiting. Given that might professional career as an entertainment writer began in 2015, I’ve literally been reporting on this movie for the entirety of that time, as that was also the year that Spectre came out, the most recent James Bond film prior to No Time To Die.

I’ve written about everything No Time To Die related, from Daniel Craig saying he’d rather “slash his wrists” than make another Bond, to Danny Boyle exiting the project due to creative differences, from Cary Fukunaga being hired as director to Rami Malek being cast as the main villain to the first major COVID delay — I’ve been there through it all. And tomorrow — Tuesday, September 28 — will finally mark the long-awaited, hard-earned end of that journey as I finally get to enjoy No Time To Die. And I’m just a writer! I can only imagine how those *actually* involved with the film feel, such as Craig himself.

Given that No Time To Die is his swansong as 007 — the now 53-year-old actor was first cast in the role when he was 37 — Craig has been quite reflective about his time as the iconic MI6 spy, recently recalling what it was like saying “Bond, James Bond” for the first time and giving advice to whatever actor plays Bond next. During a recent appearance on The Graham Norton Show, Craig continued that trend of retrospection by looking back on the making of Spectre and detailing the time he broke Dave Bautista’s nose.

“I threw a punch and hit him on the nose. I heard this crack and I was like ‘Oh God no’ and ran away. I thought he was going to come after me, but he was so sweet,” Craig said. “He’s a lot tougher than I am. I’ll give him that.”

Bautista would get indirect revenge on Craig during a later point at filming the fight scene. Craig said Bautista was being “gentle” with him during one part of the fight where Mr. Hinx picks up Bond and throws him against a wall. Craig challenged Bautista to be more intense in his throw, leading to a serious knee injury for the Bond actor.

“I ended up on the wall, but my knee was over here somewhere,” Craig said. “I knew and it was horrible because if anyone’s had a serious injury, you just know in your head that something is really wrong.” [IndieWire via The Graham Norton Show]

While Spectre is arguably the worst Bond movie that Craig starred in — it’s either that or Quantum of Solace — the scene he’s referencing is actually quite a kick-ass, bone-crunching set piece.