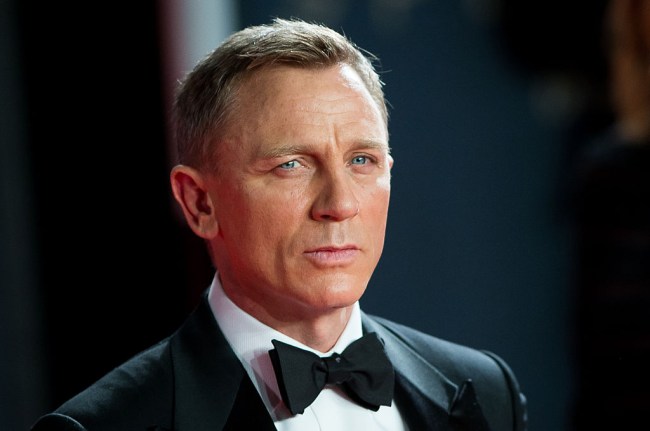 After Daniel Craig’s fourth role as James Bond in 2015’s Spectre, the 50-year-old actor said he would rather “slash his wrists” than return as the British spy. A source close to the actor claims that knee problems and general exhaustion contributed to Craig’s bullishness on hanging up the tailored suit.

And then money happened.

Craig will return as Bond in the 25th installment in the franchise with some reports claiming he’ll be paid north of $66 million–making him one of the highest paid actors in the world. If reports are true, Craig will be paid more than George Lazenby (one film, 1969), Roger Moore (seven films), Timothy Dalton (two films), and Pierce Bronson (four films) combined. Ok, this doesn’t adjust for inflation, but it’s ridiculous nonetheless.

Not a bad pull for five months of shooting.

We’ve been expecting you… #Bond25, Daniel Craig’s 5th outing as 007, will be directed by Academy Award-winning Danny Boyle from an original screenplay by John Hodge. Production is set to begin on 3 Dec 2018. MGM will partner with Universal Pictures to release the film worldwide pic.twitter.com/h8fVhyYhyY

A source in Los Angeles told the Hindustan Times:

“Daniel is raring to go out with a bang alongside Danny. They have been talking already about their visions and the practicalities once the cameras start rolling in December at Pinewood.

“Daniel is worth every penny given that Spectre made over $800 million and Skyfall over $1 billion before they sold DVD, streaming and TV rights.”