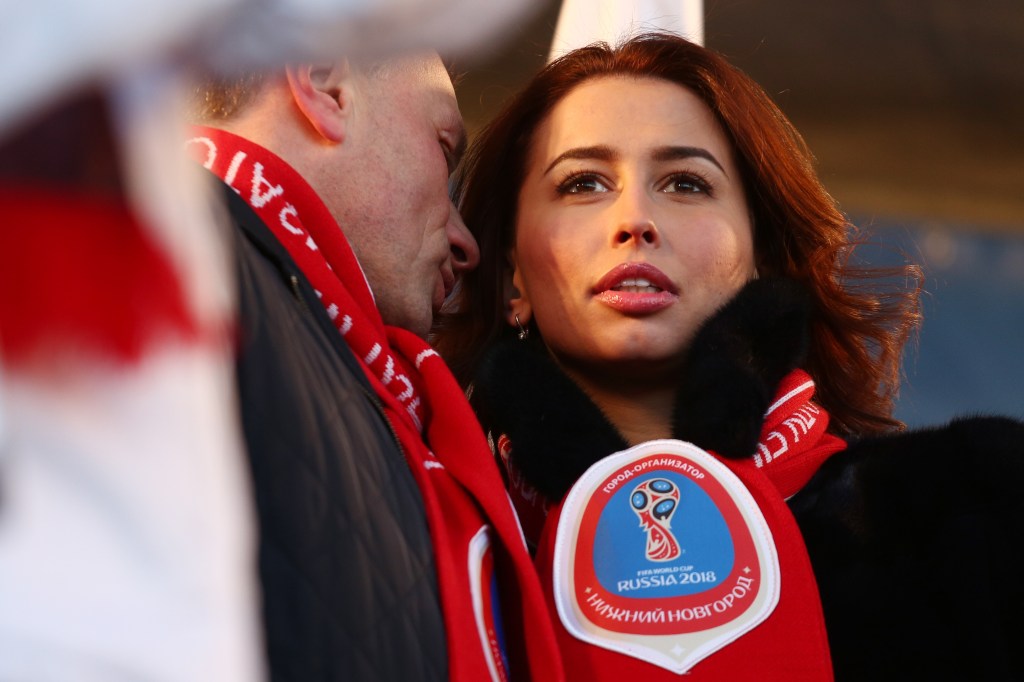 One of the most commonly reported symptoms of COVID-19 is the loss of taste and smell. A lot of people regain their sense of taste and smell after recovering from the virus but many also experience lingering side effects for months. Daria Shkurikhina is one of those people who are still unable to smell after battling COVID.

Daria Shkurikhina won a Gold Medal for Russia at the 2008 Olympics in Beijing. She’s in the news again because her home just burned down and she was unable to smell the smoke due to her loss of smell. I don’t mean to be insensitive here but I can’t think of a single time in history that someone escaped a house fire and was like ‘thank god I have a perfect sense of smell or I wouldn’t have made it out’. Did she not see the smoke or feel the heat? Did the smoke not burn her eyes?

According to the Post, the billowing smoke prevented her from rescuing her cat but a fireman saved the pet minutes later. And it was all started when she burned a candle and stopped paying attention to it, a mistake she admits was costly.

“Soon after lighting the candle, I saw smoke creeping across the ceiling, already in the kitchen,” she said, according to the outlet. “I still cannot smell after suffering from COVID-19.”

Fortunately, a neighbor called the fire department and she was able to escape the raging inferno, which destroyed her apartment and could also have ravaged her neighborhood.
“Acrid smoke” prevented Shkurikhina from reaching her cat, but a firefighter who arrived minutes later saved the animal and her chinchilla, Guch, which suffered a burned tail, East2West reported.

“I understand that I have put people in danger. Yes, I understand that I am to blame,” she said. “An unpleasant situation happened in my life, but everyone is alive, and this is the main thing. I am still in a state of shock.”
“I lit a candle and went to the kitchen. I now understand that leaving an open fire unattended is very stupid, but nothing can be changed,” she said, adding that “it can happen to anyone.” (via NYPost)

The Sun reports the apartment that burned down was a gift to her from Nizhny Novgorod Oblast governor Valery Shantsev in recognition for her Gold Medal and performances at the Olympic Games. She also won five golds at the European Championships (3 in 2006, 2 in 2008) and three golds at the World Championships in 2007. Her Gold Medal from the Olympics miraculously survived the fire.

She posted to Instagram a message that I ran through Google Translate because I don’t speak Russian. She starts off with “Without judgment … Learn from other people’s mistakes!” and then goes on to explain that every night from Christmas through January 7th she burned a candle for the holidays but the unthinkable happened and her home burned down. By the time she ran to her bedroom, it was blazing.

Scrolling through her Instagram feed I’m a bit taken by how universal ‘influencer’ posts on Instagram are regardless of the country. She’s a Russian Olympic gold medalist but most of her posts look the same as a Tri-Delt from FSU. What is it about the same poses, lighting, and scenery in these pics that’s become a universal language of influencers?

Daria Shkurikhina is seeking help finding a new home but says she’s already been attacked by ‘nasty trolls’ who are condemning her for lighting a candle. Listen, she knows it was a poor decision. What’s done is done. These trolls leaving comments on her Instagram aren’t going to bring back her house. And she’s struggling with the loss of a place to live during a pandemic. With everything going on across the globe right now I can’t fathom why a troll army has mobilized to harass her about this but I’m attempting to apply logic to something that makes zero sense so that mistake’s on me.