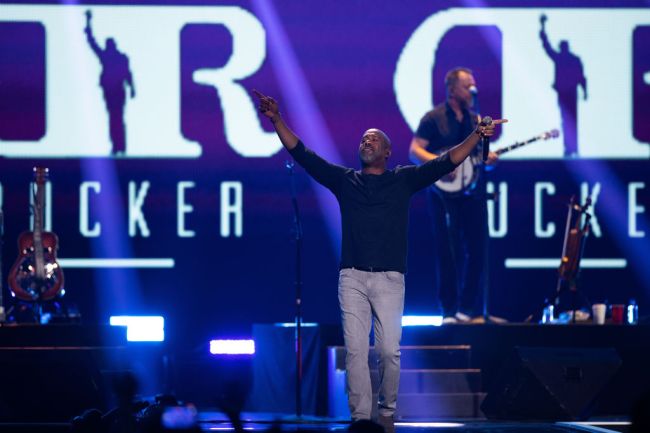 When it comes to Halloween, there are only two options: trick or treat. This year, Darius Rucker chose to go with the former over the latter.

The 55-year-old former lead vocalist of Hootie and the Blowfish has found reborn fame as a country music artist. As such, he has been immortalized into the genre’s history and legacy as a member of the Grand Old Opry.

To get in the spirit of All Hallow’s Eve, Rucker returned to the Opry earlier this week— kind of. Instead of going to the actual music venue, he swung by Madame Tuessauds Wax Museum and pulled off a classic prank.

While all of the other wax figures were “on stage” around him, Rucker set up in the middle with his microphone and stood very still. As museum visitors walked by, they stopped and admired how realistic Rucker’s wax figure looked.

Little did they know, it was actually him. When some of his fans walked by, Rucker took the opportunity to make the hair stand up on their arms and jumped out at them.

This prank has been done before by other athletes and artists, and it is never not funny. The reactions that Rucker inspires are pure gold.

Y'all know I love a good prank! To get into the #Halloween spirit, I stopped by @TussaudsUSA to say "boo" to a few new friends. 😉 pic.twitter.com/EKt84TGt1B