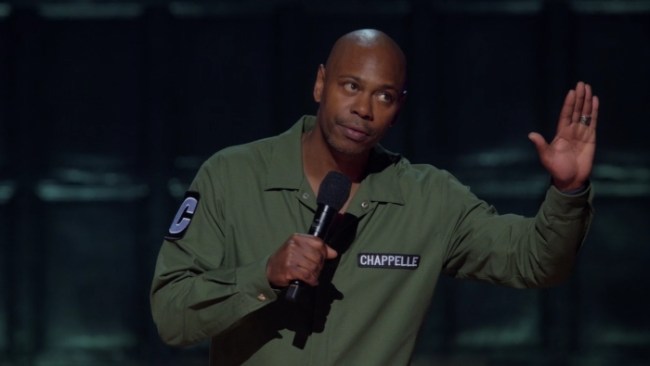 It’s hard to appreciate just how revolutionary the iPod was when it was first introduced unless you spent years being forced to pick a single CD to listen to on a school bus that caused it to skip every 30 seconds thanks to a nonexistant suspension. I remember having my mind blown after I got my first one in middle school, as it not only granted me the ability to access thousands of songs wherever I went but open the door to a brand new world of things I had no real business listening to at that age.

According to iTunes, the first song I ever downloaded was the explicit version of “Drop It Like It’s Hot” and my early purchase history is filled with plenty of other tracks filled with words my virgin ears had never been exposed to before. It also opened my eyes to a new world of stand-up comedy my parents would’ve been very displeased to know I was listening to, and while the multiple Dane Cook albums I purchased haven’t exactly stood the test of time, the same can’t be said for the early works of Dave Chappelle.

I got my first taste of the comedy legend in the form of the episodes of Chappelle’s Show I snuck while constantly looking over my shoulder, which led me to seek out his first two stand-up specials—Killin’ Them Softly and For What It’s Worth, the first of which might be my favorite of all-time. However, we were treated to a dearth of new material that lasted for almost a decade after he disappeared from the public eye in 2006 before mounting a comeback that eventually led to a deal with Netflix, and in 2017, a 13-year drought came to an end with the release of three new specials.

Last year, Chappelle dropped an hour of new material when Sticks and Stones hit the platform and got a very chilly reception from critics who weren’t thrilled with his unwillingness to pull any punches and some bold stances on a number of sensitive issues. This resulted in the special receiving a 35% rating on Rotten Tomatoes but it’s safe to say the general public didn’t feel the same way, as its currently rocking an audience score of 99%.

Sticks and Stones also received the seal of approval from the Emmys, as it managed to secure a nomination for Outstanding Variety Special and Chappelle ultimately beat out fellow comedians including John Mulaney and Jerry Seinfeld to take home the trophy. During one of the stand-up shows he’s been regularly hosting over the past few months, he happily took a victory lap and didn’t mince words when addressing his aforementioned critics, as he announced it was time for them to “shut the fuck up forever” before shouting out the other people who made the win possible.