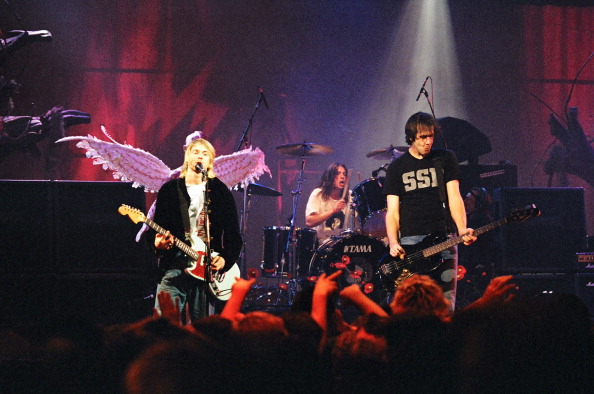 In May of 1991, Kurt Cobain, Krist Novoselic, and Dave Grohl, along with producer Butch Vig, entered the iconic Sound City Studios in Van Nuys, Los Angeles. Nirvana recorded Nevermind, their second album after their debut effort Bleach (the first album with Grohl on drums). Little did they know at the time, they would change the course of music history. Nirvana would ring in the genre of grunge and would bring alternative rock to new heights that nobody could ever imagine.

Nevermind was released on September 10, 1991, and was an immediate success thanks to the rock anthem for generations to come… Smells Like Teen Spirit. Nevermind immediately sold out of the original shipment of 50,000 copies and was in heavy rotation on MTV as well as radio stations, even pop radio stations.

Nevermind bumped Michael Jackson’s comeback album Dangerous out of the top spot on January 11, 1992, and Smells Like Teen Spirit became Billboard’s #1 single. The album spent 335 total weeks on the Billboard 200. Nevermind not only made Rolling Stone’s “The 500 Greatest Albums of All Time” list but was declared to be the 17th best ever and Pitchfork named the album to be the sixth best in the 90’s.

RELATED: Dave Grohl Reveals His Dream Band He’d Want To Play With And The Hollywood Actor Who Would Be Perfect To Play Him

What did Dave Grohl do with his new-found riches and fame? What every man would and should do — he bought a beach house and ate a shit-ton of delectable barbecue. In a new Variety interview, the Foo Fighters’ frontman revealed what his first big purchase was.

“When Nirvana became popular, the first thing I did is I bought a beach house in North Carolina and spent years up there, and I just ate pulled pork like fucking crazy from the time I was 22 to about 25 years old,” Grohl explained. That sounds absolutely perfect.

But the BBQ obsession went from devouring copious amounts of smokey, slow-cooked meats to preparing copious amounts of smokey, slow-cooked meats. “I became totally obsessed [with the Big Green Egg smoker] — it was therapeutic because it’s not an automatically functioning piece of cooking equipment. You have to balance the vents to make sure that you get and hold temperature for a low and slow cook.”

Despite being a legendary rock star with an astounding net worth of $280 million, Grohl still has a simple passion for barbecue. “You’re just basically sitting and staring at these fucking thermometers all day long. For me I couldn’t walk and so I would just sit there for nine or 12 hours at a time just like ‘ohmm,’ watching these temperature gauges — and I started getting good at it.”

Grohl consulted with BBQ pro Billy Terrell from The Beached Pig based out of Tennessee to increase his smoked meat prowess. As to the secret of sensational slow-cooked meats, Grohl said, “I think one mistake a lot of people make is that they just over season their stuff. Pork loves salt. Salt loves pork. You get nice salt on a good piece of pork and let the smoke hit it right and then it’s fucking delicious.”

Will you look at that mesmerizing bark on that meat candy.

Not only is “rock god” on Grohl’s résumé, but you can add pitmaster to his accomplishments as well.