Shark Tank’s Daymond John Tells R. Kelly To ‘Kill Yourself’ After Learning Of Vile Allegations Made In New Docuseries 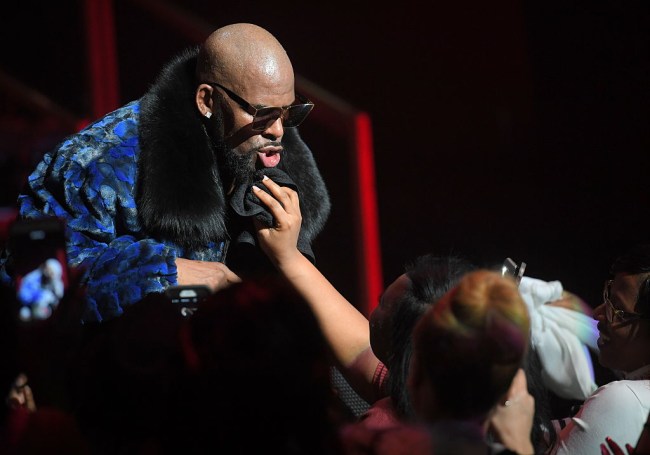 It’s been no secret that R. Kelly’s been a bad human for many years now, but the kids nowadays don’t care about nothin’ unless its in the form of a shiny new docuseries (with a hashtag!)

Allegations range from Kelly soliciting teenage girls for sex at malls to allegedly running an “abusive cult” of six women where he dictates “what they eat, how they dress, when they bathe, when they sleep, and how they engage in sexual encounters that he records.” The series also touches on the Kelly’s relationship with the late singer Aaliyah, who one of his victims claims to have walked in on the two “having sex” on a tour bus when she was well underage. Kelly, at 27 years old, would go on to marry a 15-year-old Aaliyah, with the marriage documents somehow getting forged to falsely identify her as 18.

It’s easy to be repulsed by the allegations made in the documentary and droves of people tweeted about their disgust under the hashtag #SurvivingRKelly.

One of the most publicly outraged was Shark Tank star and entrepreneur Daymond John. John, who has three daughters, tweeted this after watching the documentary:

Watching #SurvivingRKelley . I am so sick to my damn stomach! Hey @rkelly , please don’t take your life now that we all know how fucking disgusting you are. Thats way too easy! Make amends with the victims and the families, serve your time and then kill yourself while in jail.

Daymond John taking a page out of Derrick Rose’s book with the “Kill Yourself” plea. Bold. He’s standing by it, though.

I’m good with what I said

Daymond also spoke with TMZ about his stance.

According to Daymond … the punishment fits the (alleged) crimes. He says based on what he saw on Lifetime, Kelly must’ve poured millions of dollars in covering his tracks for all these years. Daymond also says this is the final straw for Kelly in his eyes … and he needs to atone one way or another.

R. Kelly has denied all the allegations against and is still signed by RCA Records, who now have a decision to make.