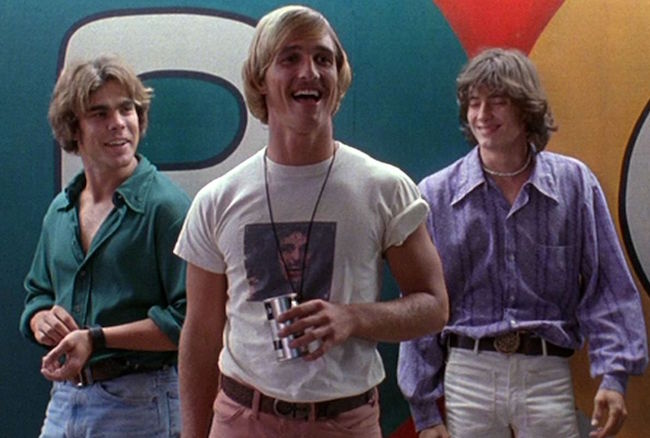 In the 1980s, director John Hughes basically cornered the market when it came to coming-of-age films chronicling the uniquely awkward high school experience, but in 1993, Richard Linklater gave the man behind Pretty in Pink and The Breakfast Club a run for his money in the form of Dazed and Confused.

Filmed on a very nice $6.9 million budget, the movie follows a group of teenagers engaged in various shenanigans on the first day of summer vacation and boasts a retroactively star-studded cast of actors who were largely unknown at the time, including Ben Affleck, Milla Jovovich, and, of course, Matthew McConaughey, the last of whom stole every scene he appeared in thanks to the sheer amount of coolness and charisma he exuded while playing Wooderson.

McConaughey’s character is as minor as he is memorable, and while we don’t know a ton about his background, the actor revealed he attempted to embody a person whose life is largely defined by a few particular things: his car, rock ‘n roll, and getting high (in addition to his slightly problematic interest in high school girls).

There’s perhaps no more iconic moment in the movie than when McConaughey delivers the “Alright, alright, alright” line people are still quoting more than 25 years after improvising it on the spot, but you also can’t overlook the scene where he tries to get a joint from Mitch only to express his disappointment in the suavest way possible after learning he doesn’t have one.

However, it appears McConaughey and the rest of the cast didn’t have much trouble securing marijuana while they were making Dazed and Confused, as Vulture recently published an oral history where various people involved with the project revealed basically everyone partied as hard behind-the-scenes as they did on the screen. Multiple actors also frequently got stoned before the cameras started rolling—including Jason London, who revealed they ran into a bit of a hitch after they “basically smoked Austin out of all of its weed.”

London says no one was hit harder than the development than Jovovich, who had a hard time coming to terms with the drought after their connect informed them, “There’s no more weed! I gave you all we had! It’s not like this shit is growing in the backyard. This shit comes from Mexico.”