Here’s Some Body Camera Footage Of Two D.C. Police Drag Racing Then Crashing Into Each Other 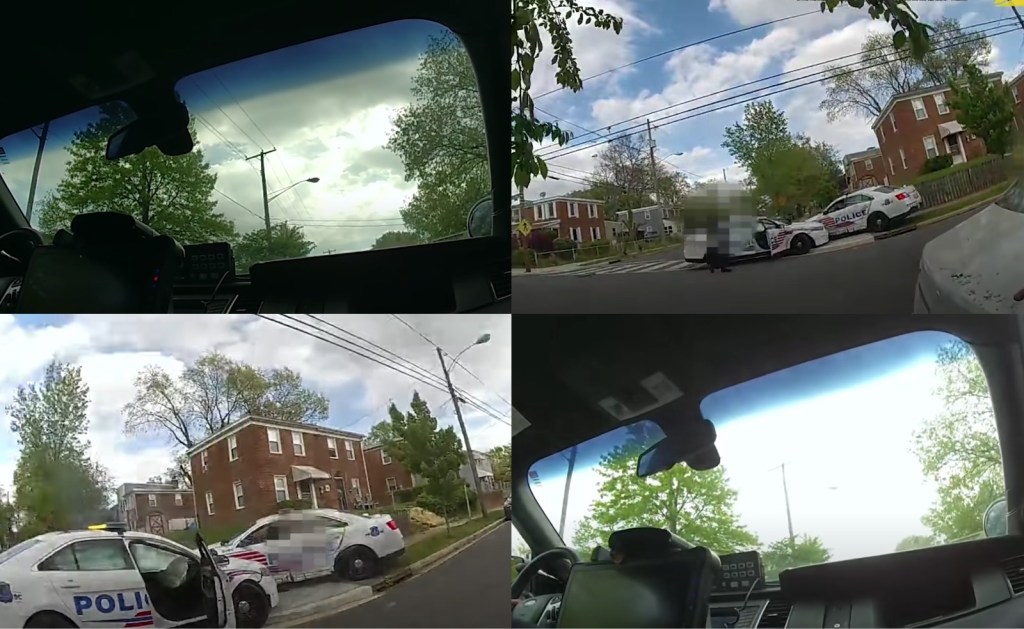 I can’t say that I’ve ever seen police drag race each other in their cruisers before so I might have to chalk this up to my ‘you learn something new every day’ item. This released body camera footage shows two Metropolitan Police cops racing down a street until one of them crashes into the other and they wipe out a fence.

The actual action in the video starts around the 1:19 mark so feel free to jump ahead. It culminates with the crash and we see the cruisers wrecked across the street and a destroyed fence.

We can’t see exactly how fast they were going because it’s body camera footage but we can see the trees ripping by at high speed. Reports state they were going over 2x the speed limit. There were actually two officers in each car and it was one of the passenger officers who activated his body camera.

Based on that video, this incident is still under internal review. It happened around 5 pm on April 22nd. According to Fox5, one of the officers who was driving is no longer with the department. The two drivers are set to appear in court sometime next month.

I can’t help but wonder…why? You’re driving around town in one of the most recognizable cars on the planet. Even babies know what cop cars and fire trucks look like. Why do this out in the open? On a public street? Why not meet your buddies out in the middle of nowhere and really open up the engine?

Jalopnik is saying this street had a speed limit of 25 mph and the cops were going somewhere around 60 mph. I don’t know that street or what the foot traffic there is like but based on the fact that it’s a 25 mph limit it’s safe to assume it’s a busy area.