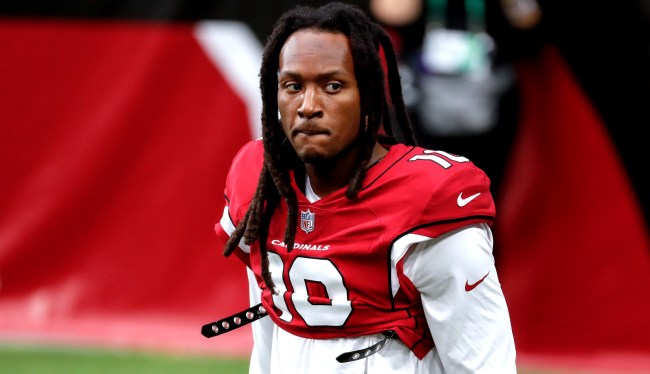 Arizona Cardinals star 29-year-old wide receiver Deandre Hopkins sent out a tweet on Thursday afternoon in response to the National Football League’s new vaccination rules. The tweet — which was deleted in about 20 minutes — said that Hopkins was now questioning his future in the league due to the position he was being put in.

“Never thought I would say this, But being put in a position to hurt my team because I don’t want to partake in the vaccine is making me question my future in the NFL,” Hopkins wrote in the since-deleted tweet. 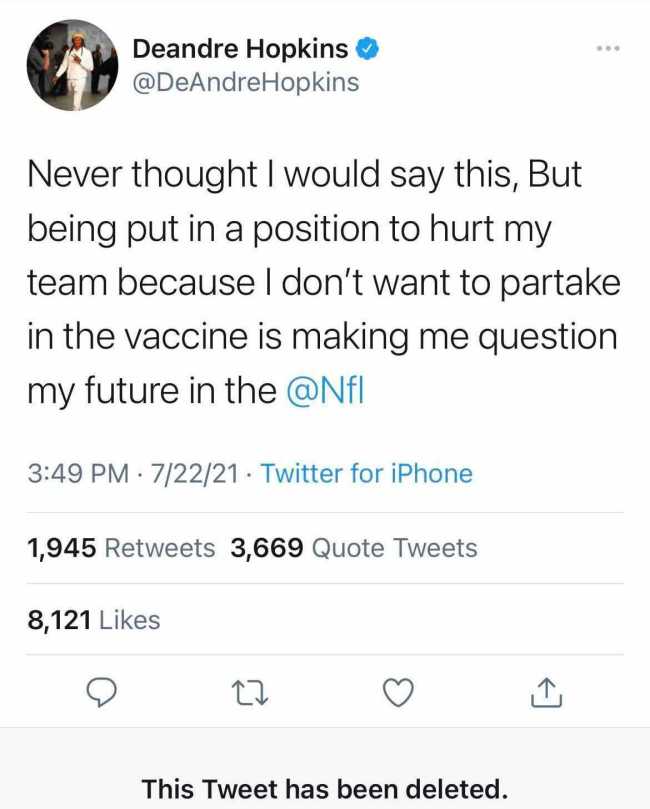 Hopkins tweet was in direct response to the NFL’s newly-announced vaccine rules which are effectively forcing players to get the vax, as teams that suffer an outbreak among unvaccinated players will be forced to forfeit games. The memo, which was sent to the league’s 32 franchises on Thursday, reportedly states that if a COVID outbreak occurs among unvaccinated players then the team will be forced to forfeit games that are impacted that can not be rescheduled.

While Hopkins deleted his initial tweet about the rule, he fired off a couple more thereafter, including quote tweets of Jalen Ramsey and Gary Sheffield Jr., both of which seemed to agree with Hopkins’ sentiment. Another tweet was just the simple question “Freedom?” 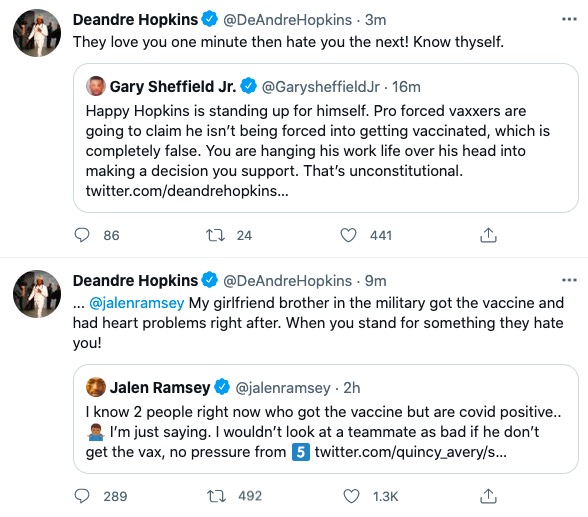 If Hopkins doesn’t want to get the vaccine, that’s totally his right. I genuinely believe that. With the league’s new rules, though, he just can’t expect the Arizona Cardinals to pay him $26 million a year to do so. The NFL has officially drawn their line in the sand.

Hopkins, Kyler Murray, and the rest of the Arizona Cardinals will properly kick off their 2021 NFL season when their training camp begins next Friday, July 30. It’ll be fascinating to see how the NFL handles vax-reluctant players such as Cole Beasley and Deandre Hopkins, as the league has now made their opinion of getting the vaccine quite clear.