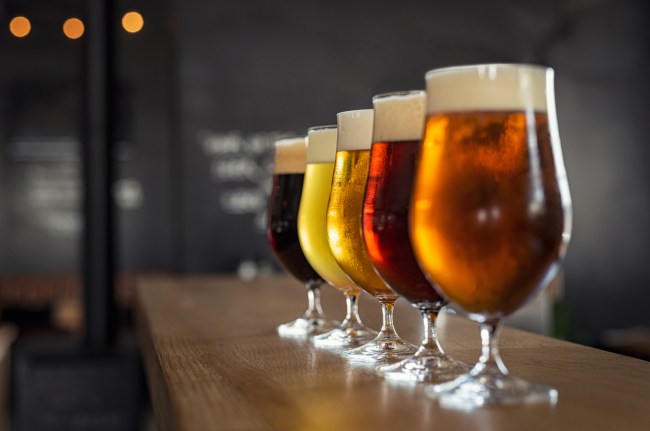 Imagine getting cases of beer delivered to your job and all for free? Don’t imagine because one man of genius actually made this fantasy a reality.

Sam Hoats is a senior digital strategist for a Michigan advertising agency Media Place Partners, and his office overlooks the Knickerbocker restaurant, which is owned by New Holland Brewing in Grand Rapids. Being in the marketing industry, Hoats devised a brilliant scheme to get free beer delivered to his job.

Hoats made a large sign and hung it in the window of his third-floor office and placed blinking lights around it. The sign read: “Please send a beer to Sam on floor 3. Thank you!”

The Knickerbocker staff keep a running count of all the beers that were purchased for Hoats.

“We keep the score updated there at 85,” said Eli Harper, the general manager of the Knickerbocker. “That’s the current count of gifts he’s had in about a year. So, he’s saving some money! It’s a fun story that kind of lives within beer city and I think everyone around here appreciates getting a beer purchased for them every once in a while.”

Hoats keeps a tip jar on his desk so that his co-workers can donate money to pay for the servers from the restaurant that delivers the beer.

The owner of The Knickerbocker plans to brew a “Third Floor Sam” beer in Hoats’ honor.

Third Floor Sam revealed that he came up with the idea for the magical beer-bearing sign after seeing advertisements while watching a soccer game. “So I’m looking up at where my desk is and thinking, ‘Man, could I angle some text and make it readable?’”

“It’s incredibly exciting,” Hoats said. “I just got to convince them now to make like my own T-shirts, and then I would call it a success.”

There is no denying Hoats’ talents at advertising. For his next marketing marvel, he should ask for “free beer and hot wings.”