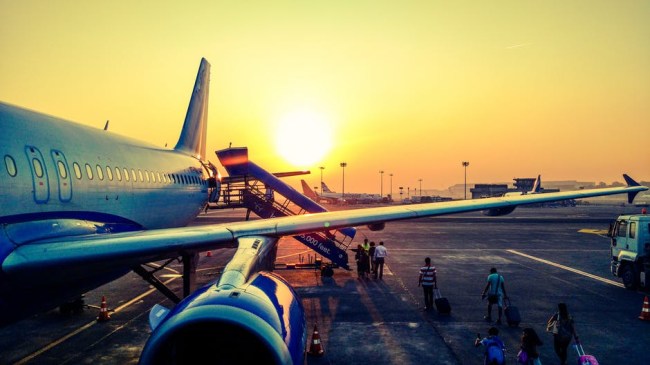 Delta Airlines, like all airlines, might have its problems every now and then, but the demand to become a flight attendant for the company is still one of the most desired gigs out there. I mean, who the hell wouldn’t want to fly all around the world and get hooked up with frequent flier miles for all the travels, while working for one of the world’s most-awarded airlines? Yeah, kind of sounds like a dream job.

Well, if you, or someone you know, is thinking about trying to join Delta Airlines as a flight attendant, here’s a quick warning: it’s going to take some serious effort.

That’s according to a Business Insider article that detailed some of the extreme and intensive training that potential candidates have to go through, with one longtime employee saying that she was told it’s “harder to get invited to the Delta Flight Attendant training center than to get into Harvard University.” Uh, holy sh*t! Stats actually show that the employee is right, too, with the Business Insider article showing that, according to Delta, of the 150,000 people that applied to be a Delta Flight Attendant in 2016, only 1 percent made the cut. Harvard’s acceptance rate for the class of 2021? 5.2 percent.

So what makes the Delta Airlines flight attendant training program so damn difficult? Well, first off, candidates have to go through a bevy of different tasks, which include video interviews, Q&A sessions and in-person meetings to see how they stack up. If they get the OK from other Delta flight attendants, the candidates then must go through a rigorous, eight-week training school.

This is where the fun really begins.

Each flight attendant candidate gets schooled in the flight control center, which tracks every single Delta Airlines flight. They also have to adhere to a strict dress code and grooming guidelines, as well as go through a vaccination process due to the, sometimes, exotic venues around the world.

Once candidates get past that stage, they’re required to go through a medical and first-aid training, where they learn skills like using an automated external defibrillator to performing CPR on adults, children, and infants. Once medical training is completed, candidates go through a flight simulator, where they mock up a crash landing, even smoking out the plane to see how people act under the pressure. Here’s how two Delta Airlines flight attendants described the wild experience, via Business Insider:

“All of a sudden, the lights go out, and we’re being told to put our head down and stay down and prepare for impact,” Daniel said. “It was shocking.”

As a voice telling passengers to “brace for landing” comes over the intercom, instructors bellow “Bend over,” “Stay down,” and “Stay seated” in unison, as flight attendants might in an emergency situation.

“We smoked out the cabin and started yelling our commands,” an instructor named Mallory said. “They really get to see what as a flight attendant you do in an emergency.”

Finally, a pool drill is performed, where candidates are pulling one another around the water and into safety rafts, which sounds exhausting as hell.

Of course, the physical demands are just part of being a flight attendant and making it through the Delta Airlines training program. There are also daily exams that require a score of no less than 90 percent, with candidates allowed to fail and retake a test just once.

With so much going into the Delta Airlines attendant program, it’s probably no surprise that 40 percent don’t make it through, per AirlineCareer, meaning that more people will graduate from most colleges than this intense program. Still sound like a dream job? Uh, I’ll just stick to writing.