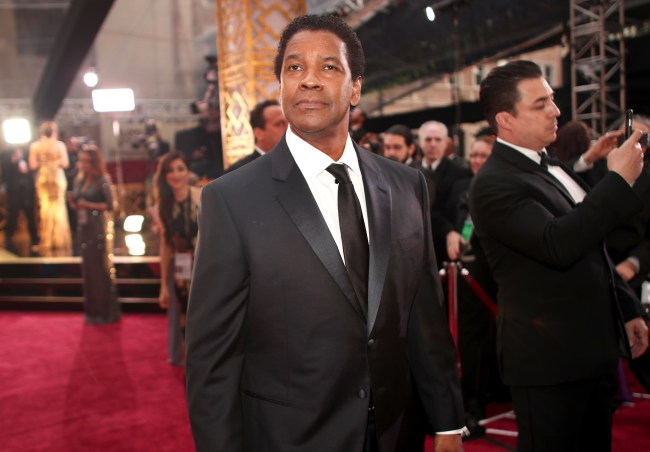 Photos and videos spreading on social media appear to show two-time Academy Award-winning actor Denzel Washington acting as a barrier between what’s been described as a “distressed, unarmed homeless man” and the Los Angeles Police Department.

The images posted online show Washington acting as a buffer between the police and the unidentified homeless man, in addition to providing the unnamed civilian with food and water, according to posts of social media.

According to a report from TMZ, Washington, 65-years-old, was driving in West Hollywood at around 1 p.m. local time on Thursday, May 21, “when he saw the man in the street … in some peril with oncoming traffic.

Denzel got out of his car, talked to the man and brought him to safety on the sidewalk. Denzel was wearing a protective mask, but the man he was helping was not. Despite the risk, he needed help and DW was the man for the job.

Police arrived and as they talked to the man as Denzel continued to comfort him. The man was detained — not sure why but possibly to make sure he was okay — then released. [via TMZ]

At this time, the identity of the individual is unclear, as are the reasons for his detainment. Additionally, Washington has yet to make a public statement about the incident.

The video of Denzel Washington aiding a homeless man with the police comes in the midst of widespread public outrage regarding the death of 46-year-old George Floyd, who was murdered by 19-year Minneapolis Police Department veteran Derek Chauvin on Monday, May 25.