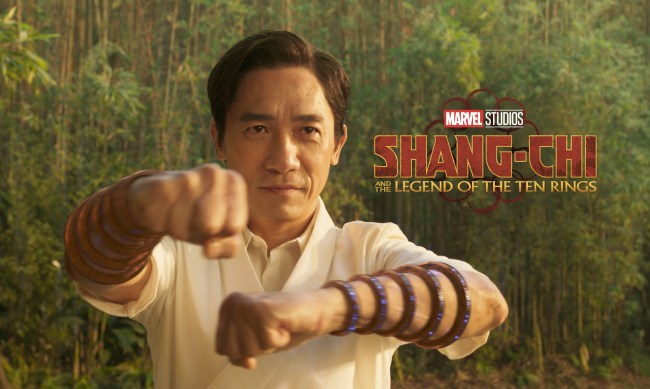 Of all its many excellent qualities, one of the main reasons I loved Shang-Chi and the Legend of the Ten Rings to such an extent that it’s currently my 7th favorite film in the Marvel Cinematic Universe is that it’s able to overcome Marvel’s long-running villain problem by delivering a take on The Mandarin that represents one of the franchise’s best bad guys yet.

Not only is The Mandarin a compelling antagonist in his own right but the drama is also compounded by the fact that he’s also Shang-Chi’s father, which is a plot element that elevates the whole film entirely: the more that you’re emotionally invested in its story, the more weight all of its scenes carry more weight, whether that’s action — each punch matters more — or just a simple tableside discussion.

This focus on family dynamics was a very intentional choice from director Destin Daniel Cretton, who told our Post-Credit Podcast that, while challenging, keeping the family drama at the center of the film was key to making it work.

“That was definitely a big challenge [centering a family drama in a superhero movie]. For me, coming from a more indie-drama world, stepping into this movie, my instinct is to over-compensate and just put all the effort into trying to make this bigger and more badass,” Cretton told our Post-Credit Podcast.

“What was constantly being reminded to me by the producers at the studio was that the emotion is equally as important as the big action sequences, that the spectacle only works if people are connected and engaged with the emotional ride of the characters. And I personally find Shang-Chi’s journey and his relationship with his family and his struggles and his insecurities and the things that he’s battling — I find it all very relatable. And I think it really helps me to root for him more when he is kicking people’s asses or being trained to be an assassin or stepping into the superhero shoes.”

That’s the key to Shang-Chi: for all of its mystical spectacle, as a viewer, you remain consistently invested in the family drama at the center of it. That engagement with the story is only elevated thanks to the performance Tony Leung as The Mandarin, who will likely rank near the top of your favorite MCU villains by the time you finish the film.

“That was something that we knew we had to do with this particular villain — we had to humanize him in a way that just shattered the stereotype that was weighing him down for years in the comics. For our revamp of this character, our number one goal was to make him relatable and having an actor like Tony Leung play him, that’s 90% of the battle right here.

Shang-Chi and the Legend of the Ten Rings is now playing in theaters. Make sure to go check it out and then listen to our full interview with director Destin Daniel Cretton over on the Post-Credit Podcast.