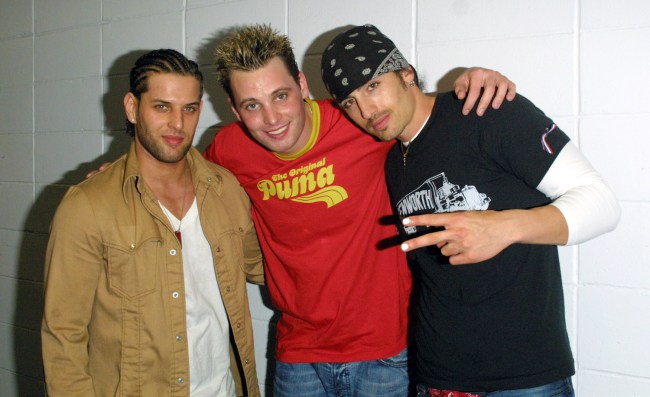 In the 1960s, a group of guys from England took America and the rest of the world by storm thanks to their catchy melodies, easily digestible lyrics, and a passable amount of musical aptitude.

It took a few decades, but around the turn of the 1990s, the music industry realized The Beatles might have been onto something with that formula and quickly assembled as many groups of questionably talented (but unquestionably dreamy) guys as possible to usher in the Boy Band Era.

Over the next decade or so, the likes of N*SYNC, The Backstreet Boys, and 98 Degrees would dominate the music scene but there were plenty of other boy bands that helped define the times.

On Wednesday, the world lost Devin Lima to cancer at the age of 41. He might not have been a household name, but if you grew up in the 90s, there’s a very good chance he had an impact on your life as a member of LFO.

The summer of 1999 was an absolutely wild one for music. Over the course of a few months, we were introduced to “All the Small Things,” the title track from “Wild, Wild West,” and Lou Bega’s magnum opus in the form of “Mambo No. 5.”

However, none of them had anything on the seasonal anthem that was “Summer Girls.”

“Summer Girls” is a cultural relic, a time machine that will transport you right back to the turn of the millennium.

The guitar is plucked straight from an Everlast album and punctuated with the random record scratches that peppered pop music in the 90s.

As far as the lyrics are concerned, “Summer Girls” is basically a James Joyce novel— there’s some semblance of a story but it’s hidden amongst a stream of consciousness swimming with pop culture references, rhymes for the sake of rhymes, and random statements of facts (the New Kids on the Block did, in fact, have a bunch of hits).

It shouldn’t have worked, but it did.

“Summer Girls” came a couple of spots away from topping the charts, and while it might not have aged as well as some of its contemporaries, it’d get my vote if I had to dub one track the Song of the Summer the year it came out because nothing else comes close to capturing the zeitgeist of the late 90s.

Lima may have passed away too soon but I’ll always have a special spot in my heart for what he left behind.