Did Ghislaine Maxwell Run One Of The Most Powerful Reddit Accounts? An Investigation 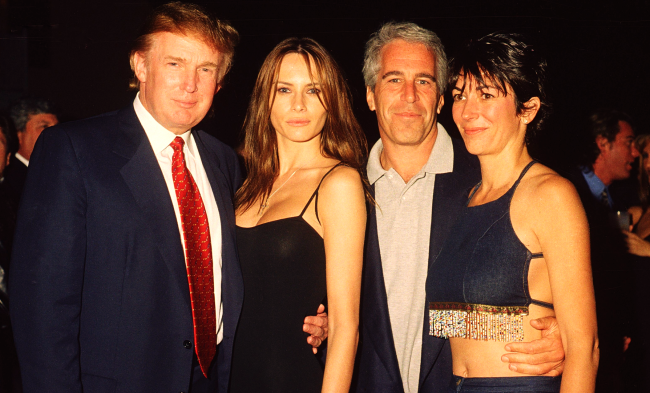 As the trial of Jeffrey Epstein associate Ghislaine Maxwell closes out its first week of testimony, a longstanding rumor about the alleged sex trafficker running a popular Reddit account has re-emerged.

The rumor really began gaining steam when the Reddit account believed to be Ghislaine Maxwell’s, Maxwellhill, ceased being used following her her July 2, 2020 arrest on sex trafficking charges.

The same Reddit account was also reportedly radio silent around the time of the death Maxwell’s mother in 2013, according to The Daily Mail.

Some have suggested that the username, Maxwellhill, is a combination of her last name and the name of her family’s home in the United Kingdom, Headington Hill Hall.

Maxwellhill, the first and only Reddit user at that time to achieve 1 million link karma points (it now has over 15 million), even corresponded with Gizmodo and explained some background regarding the account’s success.

This week, YouTuber Jackson Hinkle re-engaged the rumor about Ghislaine Maxwell being a Reddit power user with a series of tweets.

Ghislaine Maxwell likely ran one of the most powerful Reddit accounts in history.

It was the:
– 8th highest ranking account in total karma
– 1st account to reach 1M karma
– Power mod for the site's largest subreddits

She posted almost daily until she was taken into custody.

“When she wasn’t posting about the top news of the day, she often wrote about the ages of sexual consent, the supposed overreach of sex offender laws, pedophilia, graphic violence against children, “over-zealous” child protection legislation & advocated for the legalization of cp,” Hinkle tweeted.

The rare instances Maxwell logged off Reddit for more than a day at a time align with big events in her life, including the wake of her mother's death & the much-discussed Kleiner Perkins party where former Reddit CEO Ellen K. Pao claimed she saw her in attendance.

“Maxwellhill’s AMA strongly suggests the account owner is British by the terminology she uses,” he continues. “For instance, their favorite word is ‘Bollocks’ and the use of English colloquialisms. That the user claims to be male is likely an attempt to remain anonymous, which is not surprising.”

Maxwellhill worked closely with Reddit co-founders to help seed content & popularize the site. If Reddit knowingly gave control of their frontpage to Ghislaine for 14yrs, that means the top news site was editorialized by one of the most prolific child-sex traffickers in history.

Interestingly, the person behind Maxwellhill told Gizmodo in 2011 that they were spending “about 3-4 hours a day on Reddit,” but they were “also busy with a potential business venture that is taking a large part of my time.”

Right around the time of her arrest in 2020, YouTuber Joe Leonard further broke down the connections between Ghislaine Maxwell and the Reddit account Maxwellhill.

“Despite being heavily involved with /r/worldnews, /u/maxwillhill refrains from posting about Epstein. Users have even jokingly called the account ‘Ghislaine MaxwellHill,'” said Leonard.

Leonard also shared a screenshot from the Reddit account, pointing out, “She even advocated the legalization of child p-rn 7 years ago.”

Former Reddit CEO Ellen Pao also tweeted right around the time of Ghislaine Maxwell’s arrest that she and others she associated with “knew” she was supplying underage girls to Jeffrey Epstein.

She was at the Kleiner holiday party in 2011, but I had no desire to meet her much less have a photo taken with her. We knew about her supplying underage girls for sex, but I guess that was fine with the "cool" people who managed the tightly controlled guest list

To be clear, the press had described her as supplying underage girls for sex, but she had not been charged so I guess it would be more accurate to say we "suspected" v "knew" https://t.co/N4nBWJxqXt

Naysayers have claimed that Ghislaine Maxwell was not behind the account and that Maxwell Hill is merely a reference to a location in Malaysia that is now called Bukit Larut.

What seems to go unnoticed, however, is the fact that Maxwell Hill was named after Sir William George Maxwell, a British colonial administrator. Could he have been a distant relative?