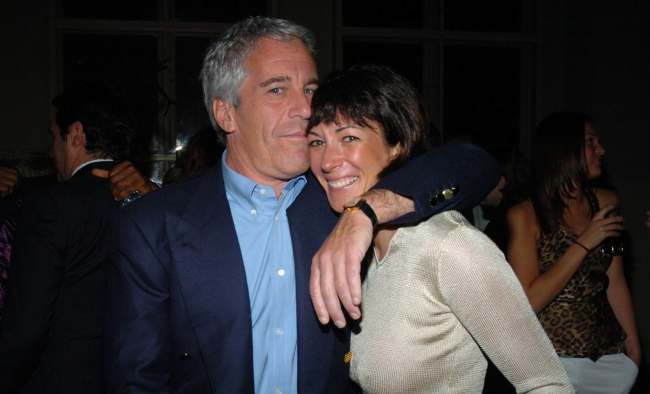 The long-awaited Ghislaine Maxwell trial officially got underway in Federal District Court in Manhattan on Monday.

Witnesses to take the stand during the first two days of testimony were Jeffrey Epstein’s private pilot Larry Visoski, who worked for Epstein from 1991 to 2019, and a victim who will be known only as Jane during the trial.

Visoski said during his testimony that while he could not see what was happening in the passenger area of the plane because the cockpit door was always closed while flying, he did name several “pretty important people” who at various times took trips on the “Lolita Express.”

Independent reports defense counsel Christian Everdell asked Visoski, “Are you familiar with Prince Andrew, the Duke of York? He is the second son of the Queen. Did he ever fly on Epstein’s planes?”

“Yes, he did,” Visoski replied.

When asked if former President Donald Trump had ever been a passenger on one of Epstein’s planes, Visoski responded, “He flew on them a number of times.”

In asking specifically whether Visoski would receive advance notice if someone such as former President Bill Clinton were flying with Epstein, Maxwell’s lawyer said, “If he were going to be on the flight, you might be told that information in advance. You’d want to make sure the plane looked nice.”

Visoski replied that he would.

Related: Man Who Bought A Private Jet From Jeffrey Epstein Sues For A Refund After Discovering Some Details About The Infamous Billionaire

On Tuesday, the witness known as Jane took the stand.

During her testimony, prosecutors detailed how Jane had been befriended by Epstein and Ghislaine Maxwell and allegedly began grooming her at the age of just 14.

She reportedly met the couple at a Michigan summer camp for talented children when Epstein introduced himself as a donor who gave scholarships to kids at the camp, reports the New York Times.

After taking Jane, whose father had recently died, to the movies and on shopping trips, gifting her hundreds of dollars, paying for voice lessons, and telling her he could introduce her to talent agents, she says the abuse began.

“I was frozen in fear,” Jane said. She testified that she did not tell anyone about what had happened inside the pool house, adding: “I was terrified and felt gross and felt ashamed.”

Sometimes Ms. Maxwell would take part in the abuse. And, she said, sometimes multiple people would be involved. Those incidents, like her first experience inside the pool house, would often begin abruptly, Jane said.

“She was in on it from the start. The defendant and Epstein lured their victims with a promise of a bright future, only to sexually exploit them,” Assistant U.S. Attorney Lara Pomerantz said at the start of the trial.

Maxwell faces six counts of sex trafficking, enticement of minors, and other crimes and if convicted on all counts could receive up to 80 years in prison.

Day three of Maxwell’s trial is currently underway with further testimony being given by the accuser known as Jane.