Countdown To ‘El Camino’: Did Walt Ever Actually Care About Jesse? 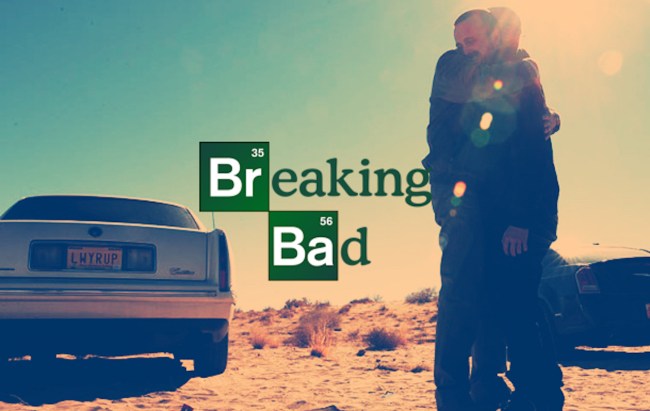 While Vince Gilligan used Walter White’s explanation of the definition of chemistry — the study of change — in the pilot episode to lay the groundwork for Breaking Bad‘s main theme, one thing that remained largely unchanged throughout the course of the series was its core: the relationship between Walt and Jesse Pinkman.

The engine that drove Breaking Bad forward, the torrid partnership between the proverbial master and protege that was Walt and Jesse was inarguably the strongest pillar of Breaking Bad, as their love-hate relationship not only propelled the narrative forward, but was ripe with emotionally impactful moments, both in terms of drama and comedy.

And yet, despite their seemingly ying-and-yang nature, the actual emotions that magnetized these two antithetical forces together are never particularly clear, as the connection between the pair constantly varied between deriving out of love and hate.

When Walt first crosses paths with his former slacker student, Jesse is far from on the straight and narrow, as he’s merely a moment of good luck away from being whisked away by Hank Schrader and the DEA. While Jesse’s life may not have been that of a decent upstanding citizen when he first encounters Heisenberg, where he ends up is ultimately far worse, as he the series concludes with Jesse being an escaped slave whose life will remain on the run due to various previous crimes, including, you know, murder.

But in between the beginning and the end, there’s a whole lot of middle that operates in an emotional gray area, and that gray area can be boiled down to one question: did Walt ever actually care about Jesse?

Yes, while Walt displays multiple instances of trying to be a fatherly figure in Jesse’s wayward life, the amount of mental and emotional manipulation he puts the young Pinkman through would suggest otherwise.

Sure, he may have mistakenly called Walt Jr. — his own biological son — “Jesse” while loaded up on pain meds and gotten visibly angry when Saul suggested “sending him to Belize”. He may have tried to impart whatever wisdom he could and take an interest in his personal life. Hell, sure, he also ran over two drug dealers in the wide open to stop Jesse from killing or being killed.

Admittedly, these are moments that would suggest Walt — in his soul — cared about his partner in crime, but it’s merely a case of the waning light of Walt’s former humanity peeking through the cracks of his multilayered sociopathic darkness. Walt cared about Jesse, but only when it served his best interest. How else do you explain him revealing to the already doomed Pinkman that he watched Jane die? He no longer had a need to protect Jesse’s well-being.

Even when considering the fact that Walt eventually freed the chain bound Pinkman from his Neo-Nazi captors, it was only through happenstance, as the man once known as Heisenberg only descended upon their anti-Semitic compound to exact revenge for the murder of Hank and the theft of his millions. He didn’t go there to save Jesse — he saved Jesse because he was there.

So what are we left with? Like their relationship itself, a bit of a gray area. Walt did — and up until the moment he dies, does — care about Jesse.

But, just like everyone else in the wake of his blood-soaked, meth-fueled destruction, he only cared when that adoration didn’t interfere with his own personal gain.

Previously on COUNTDOWN TO EL CAMINO: Why Did Walt Leave Gray Matter?