What’s The Difference Between A Restaurant And A Café? Here’s How To Tell Them Apart 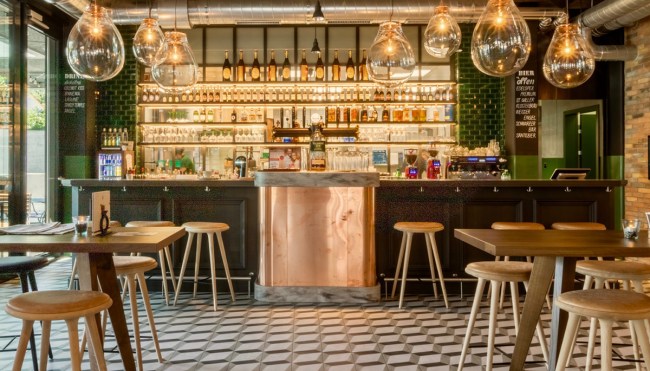 I often find myself wondering what is the difference between being a foodie and just being someone who likes food. For the most part, I feel like everyone likes food. I suppose the difference then is that foodies don’t just like food: foodies love food. It’s not really a big difference but it’s enough of one to create some distinction between the two.

The same could then be said for a restaurant and a cafe. There’s a chance you’ve never really thought about the difference between the two and, if anything, figured that a place calling itself a “café” as opposed to a “restaurant” decided to do so because it sounded cooler, more European, and generally classier.

That, my friends, is where things start to heat up. Let’s get into it, shall we?

The History Of Restaurants In China And Japan 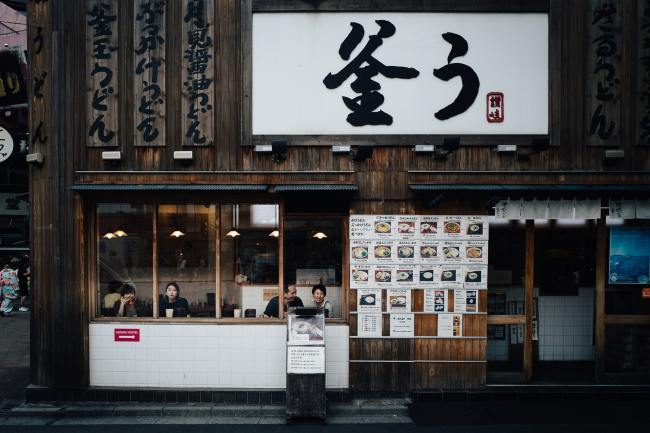 At first glance, it seems like the idea of a restaurant can be traced back to Paris and a culinary revolution that happened there in the 18th century. However, on second glance—which is arguably the more important glance—the history of restaurants goes back a lot further.

In the book Dining Out: A Global History of Restaurants, authors Elliot Shore and Katie Rawson claim that the first restaurants appeared in China in 1100 A.D. Certain regions of the country boasted populations of more than one million people, and with trade keeping residents moving between southern and northern Chinese cities, traders from out of town found themselves longing for food that was familiar to them:

You could say the ‘ethnic restaurant’ was the first restaurant.”

Much like today, these early restaurants were located in busy parts of the cities in areas that also consisted of hotels, bars, and brothels. The experience itself was also similar to today (especially in the fancier joints) with elaborate demonstrations of food available and top-notch service by the wait staff.

From a Chinese manuscript, circa 1126:

This came to an end in a matter of moments and the waiter—his left hand supporting three dishes and his right arm stacked from hand to shoulder with some twenty dishes, one on top of the other—distributed them in the exact order in which they had been ordered. Not the slightest error was allowed.”

Japan also had a hand in the development of restaurants, with their culture heavily influenced by Japanese teahouses. However, according to scholars, there’s very little evidence that Japanese and Chinese restaurant cultures had any kind of influence on the West, as Europeans generally created their own restaurant culture that was spearheaded largely by the French.

The History Of Restaurants In Europe 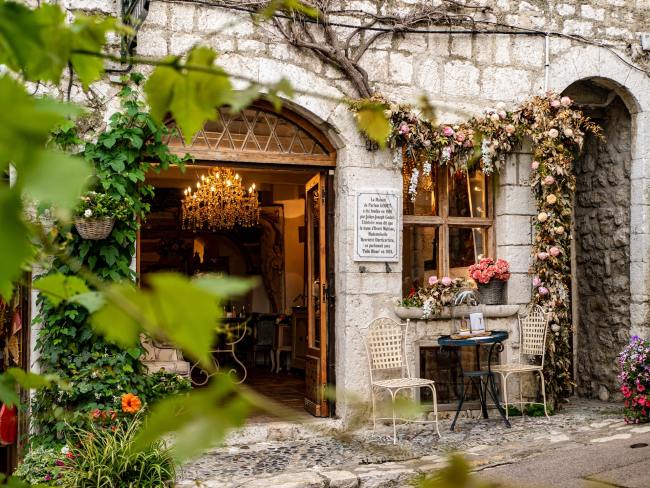 While Japan was creating their own restaurant culture and doing such things as building menus around the seasons, (something that is done today by a lot of farm-to-table restaurants) a movement was growing in France around their tradition of table d’hôte, which was a fixed price meal eaten a communal table.

Much like the farm-to-table spots, the table d’hôte was family-style and brought groups together for a big meal. Did the server have a long beard and fixed-gear bike parked outback? It’s hard to say, but…probably.

Despite the similarities to restaurants now, Shore argues that it wasn’t really a restaurant mainly because there was only one meal served and that meal was picked by the chef. Food was also served each day at a set time, which was super accommodating all the way around.

The table d’hôte did eventually make its way across the channel to London and other areas of England where they were called “ordinaires” and mainly centered around something fish-related.

As for a “restaurant,” Rebecca Sprang, a historian from Indiana University, found that the word restaurant itself comes from the French word “restaurer, which means “to restore oneself.” Despite an oft-repeated story that claims restaurants started appearing in the wake of the French Revolution, they actually popped up much earlier than that—the first ones can be traced back to the 1760s and piggy-backed off of the well-to-do vibe of the Enlightenment Period.

“They believed that knowledge was obtained by being sensitive to the world around you, and one way of showing sensitivity was by not eating the ‘coarse’ foods associated with common people.

You might not have aristocratic forebears, but you can show that you’re something other than a peasant by not eating brown bread, not relishing onions and sausage, but wanting delicate dishes.”

The “delicate dish” most establishments landed on was bouillon, which at least to me, sounds decidedly less enticing than a good sausage and peppers hoagie. I guess I’m just basic.

Bouillon joints copped a lot of their style from cafes, most notably with the inclusion of menus and table sizes. According to Sprang, “they sat customers at a small, cafe-size table. They had a printed menu from which people ordered dishes as opposed to the tavern keeper saying, This is what’s for lunch today.’”

Soon other items in addition to bouillon began appearing on the menu, with restaurants offering a greater variety of foods, and viola, restaurants more like the ones we know and love today were born.

The History Of Restaurants In The United States 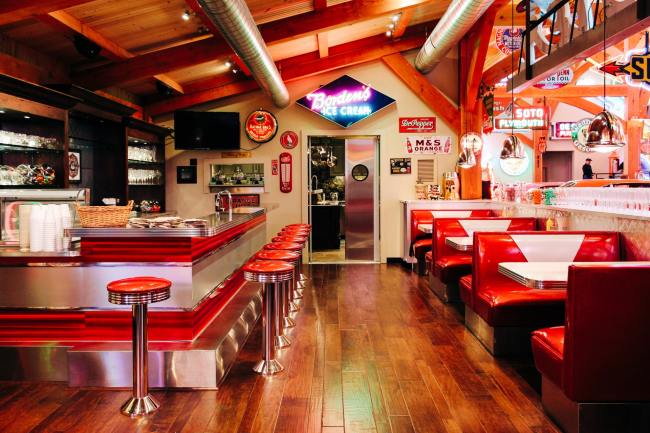 Unsurprisingly, the first restaurant was located in New York City, thanks in large part to both the city’s population and demographic.

Delmonico’s opened in 1837 and is widely viewed as the first restaurant in America, opening 150 years after the country’s first tavern opened in Rhode Island.

The History Of Cafes 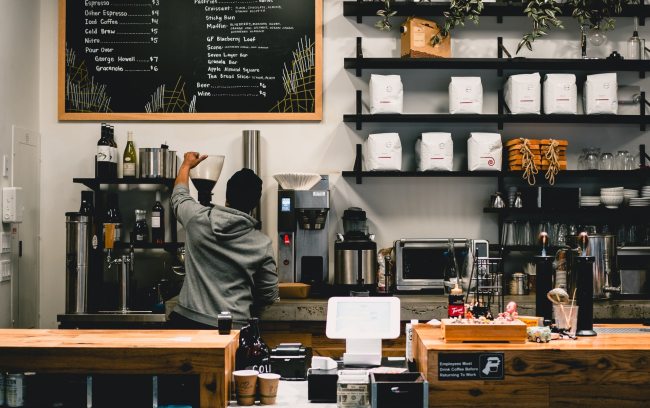 The idea of a cafe came from the idea of a coffee house (for the sake of this argument, the two terms are interchangeable). In fact, cafe—an English term and one essentially lifted from the French—originally comes from , “kahve,” the Turkish word for coffee (as far as the accent mark on the “e” at the end of the word cafe, just like if you want milk in your coffee, that’s up to you).

While there’s no exact record, the first cafe is said to have opened in Constantinople (now known as Istanbul) in 1550 and was driven by the region’s creation and love of coffee. In the 17th century, cafes started popping up throughout Europe with cafes opening up in Italy, France, England, and Germany.

In the same way the Enlightenment Era’s overall ethos played a role in the creation of restaurants, it also had a hand in the growing popularity of cafes, as people were constantly looking for spots to exchange ideas and beliefs while getting a little jacked up on caffeine in the process.

Cafes continued to thrive long into the 19th century and beyond, serving as a hub of activity when it came to people discussing everything from politics to religion to art to probably more politics. Fast forward a century or two and these things are still happening in cafes and coffeehouses in today’s world, albeit with probably less social interaction.

You know, because of the Internet.

What’s The Difference Between A Cafe And A Restaurant? 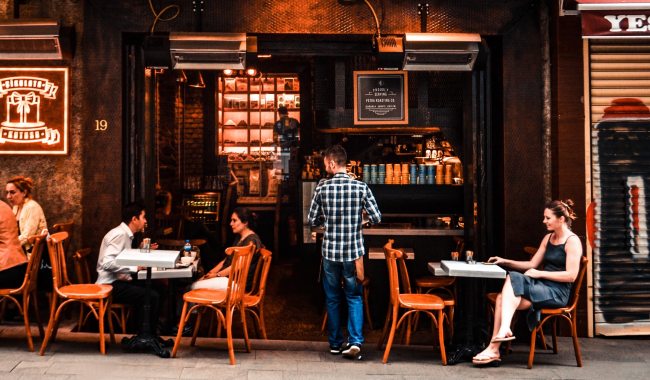 Okay, so this is why we’re here. What exactly is the difference between a cafe and a restaurant? Well, most of the things that set them apart are fairly subtle, and while the ambiance of a restaurant or cafe is something you can usually feel, each eating establishment has a discernable vibe that is defined by some more concrete aspects.

For instance, the menus tend to be pretty different. At a cafe, the offerings are likely to consist of different types of coffee and tea in addition to pastries, sandwiches, and other options for a quick bite, A cafe will also likely have things like cupcakes and other fairly simple desserts on its menu, whereas a restaurant is more inclined to have a handful of offerings designed for set meals.

Restaurants, on the other hand, can have a menu that rivals a book about The Beatles I recently read in page length. I’m looking at you, Cheesecake Factory. We can laugh about it, but that menu is roughly 20 pages long. Do we really have time for that?

Broken down throughout the day, a cafe works for a light breakfast but not really for lunch or dinner (with that said, many have attempted to branch out and diversify in recent years by offering alcoholic beverages and later hours). A restaurant is more flexible and can be all things to all people; you can easily spend a couple of hours in a cafe, but if you spend a couple of hours in a restaurant, it’s probably because you’re at a Cheesecake Factory and still going through the menu.

Cafes are places to hang out thanks to the ambiance, free refills of coffee dished out by the baristas manning the counters, and reliable WiFi. Restaurants, on the other hand, offer a more structured dining experience, as the waiters and waitresses usually prefer you eat and go about your business.

Hopefully that helps clear things up.