Hotel Dishwasher (In Florida) Awarded $21.5 Million Because Her Boss Made Her Work On Sundays 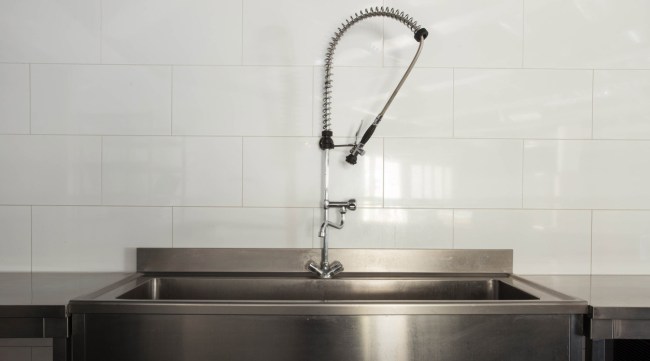 Marie Jean Pierre, a hotel diswasher was recently awarded $21.5 million by a jury, in Florida, because her boss made her work on Sundays. No, I am not making that up. Yes, it does seem a tad excesssive.

Pierre sued Park Hotels & Resorts, formerly Hilton Worldwide, for violations of the Civil Rights Act of 1964, because she claimed her boss violated her religious rights. And the jury, which heard the case, agreed and believed that was worth $21.5 million.

Pierre, a 60-year-old mother of six children in Miami, isn’t likely to end up getting all that money. Instead, it’ll be more in the range of $500,000, because punitive damages are capped in federal court, her lawyer said.

“The jury was not aware of the cap,” said Pierre’s Miami-based lawyer, Marc Brumer. “They thought that they punished Hilton hotel with $21 million [in damages].”

According to Glassdoor, the average base pay for a hotel dishwasher in Miami is $24,666.

So the jury believed that Pierre, who was fired for alleged misconduct, negligence and unexcused absences in 2016, was entitled to around 872 YEARS of worth of pay for having her religious rights violated by working some Sundays.

Pierre said she notified her employer at the start of her job in 2006 that she couldn’t work on Sundays due to her religious beliefs, according to the lawsuit. But in 2009, the hotel began scheduling her on Sundays. Pierre told her employer she would have to leave her job. The hotel then accommodated her request to have Sundays off until 2015.

But then late that year, Pierre’s schedule was changed again to include Sundays, and she sought a letter from her pastor.

“We are very disappointed by the jury’s verdict, and don’t believe that it is supported by the facts of this case or the law,” said a Park Hotels & Resorts spokeswoman. “We intend to appeal, and demonstrate that the Conrad Miami was and remains a welcoming place for all guests and employees.”

I wholeheartedly agree that you can’t discriminate when someone has a religious belief, but $21.5 million?!