Disney Addressed The Future Of Their New Marvel Properties Deadpool, X-Men, And The New Mutants 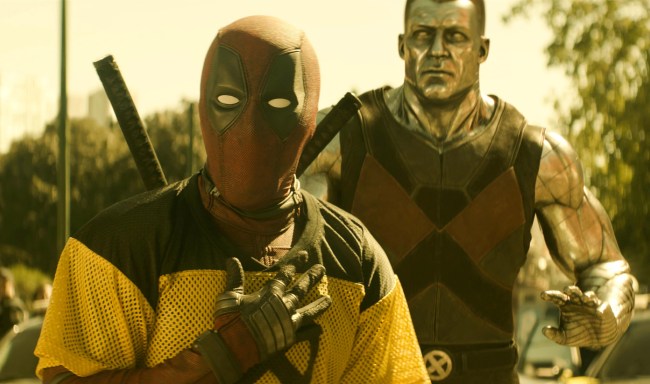 Now that Disney officially owns all of the Marvel properties previously under the 20th Century Fox umbrella, their presentation at this year’s CinemaCon took on even more significance than usual.

During their session, Disney execs addressed the future of Marvel characters such as Deadpool, the X-Men, and the New Mutants, offering some insight into what to expect with the merger now being complete.

After sitting in limbo for months now, with one of the film’s stars Maisie Williams saying even she didn’t know what was going on, The New Mutants film is apparently back on track to appear in theaters.

Rumors about The New Mutants since the first trailer for the movie was released at CinemaCon in October of 2017 ranged anywhere from the film being pushed to Disney-owned Hulu to it being completely shelved, never to see the light of day.

New Mutants was listed among the films being released in a slide that was thrown up on the screen behind [Disney’s President of Distribution and Franchise Management Cathleen] Taff. That’s intriguing as that film has long been rumored to be going to Hulu. While there were a lot of Dark Phoenix posters and standees in the hallways of CinemaCon here at Caesar’s, there weren’t any for New Mutants which comes out on Aug. 2. Judging from this CinemaCon session, New Mutants is still alive.

Speaking of Dark Phoenix, based on the way Fox’s Emma Watts introduced the movie at CinemaCon calling it the “perfect sendoff for our X-Men team,” it sounds like this will be the final X-Men film with the current cast before the franchise gets yet another reboot.

With regard to the future of Deadpool, Walt Disney Studios Chairman Alan Horn reiterated that they are still very much looking forward to “The Merc With a Mouth” joining the House of Mouse.

“You’ll be seeing more of Deadpool in the years to come,” Horn told the audience while joking about one of Ryan Reynolds’ tweets which loomed on the screen behind him, according to ComicBook.com.

However, other than Dark Phoenix and The New Mutants, Disney did not provide any new release dates for any post-Avengers: Endgame Marvel films such as the standalone Black Widow movie or the sequel to Black Panther. Those cards are apparently still being held close to the vest. Stay tuned.