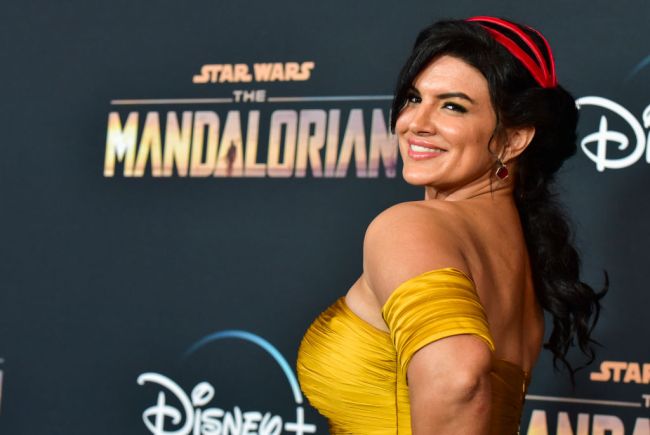 First Disney canceled Gina Carano by firing her from the hit TV show The Mandalorian. Then Disney canceled Carano’s action figures modeled after her Cara Dune character on the Star Wars TV show. Now Disney will erase the former MMA fighter in another entertainment vehicle that isn’t in a galaxy far, far away.

Carano has been eliminated from an upcoming episode of Running Wild with Bear Grylls, according to a report from Bounding Into Comics. The report finds that the future episode of the Discovery Channel show with Carano has been mysteriously scrapped ahead of the survival show’s sixth season.

Running Wild With Bear Grylls Returning Soon With A New Season | What's On Disney Plus https://t.co/Eyubq8OOzc

Carano posted a photo of her and Grylls on January 2 with the caption: “One of the best experiences of my life & most definitely my 2020 was hanging out with this guy
@beargrylls. Red heart in the Dolomites. Definitely faced some fears. Face with tears of joy Much love to you Bear! Incredible human being.”

One of the best experiences of my life & most definitely my 2020 was hanging out with this guy @beargrylls ❤️ in the Dolomites. Definitely faced some fears. 😂 Much love to you Bear! Incredible human being. 🙏 pic.twitter.com/GTSCJQ4h7t

The Walt Disney Company owns National Geographic, which airs the Bear Grylls TV show. It appears that Disney is actively trying to erase all connections with Carano.

So proud to be bringing you the new and biggest season ever of @NatGeoTV RUNNING WILD WITH BEAR GRYLLS… airing from 29 March in US and 11 April in UK & around the world. And thank you to our inspirational guests and stars, for your trust, courage and commitment. pic.twitter.com/huePsgIjmb

“Disney has made no official statement on the matter and a request for comment has, so far, gone unanswered,” The Daily Wire reported.

“They accidentally sent me an email, which was very enlightening, so I knew,” Carano said of her termination from Disney. “I knew they were paying attention. I know there were some people who went to bat for me, but I know that they didn’t win out at the end.”

“How I found out was that I looked on the internet, and you know, you check your Twitter and I’m trending and the ‘fire Gina Carano’ hashtag worked,” the former Disney+ actress told Ben Shapiro.

Disney CEO Bob Chapek responded to accusations of political bias in Carano’s firing by saying he didn’t “really see Disney as characterizing itself as left-leaning or right-leaning.”