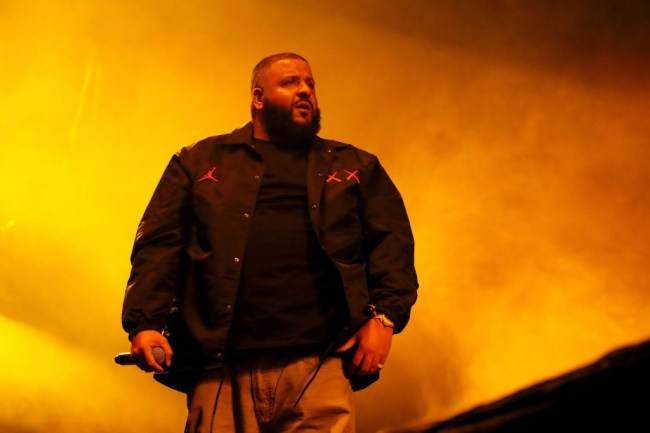 DJ Khaled has been a force to be reckoned with in the music industry for over a decade, and while he might not be “the best” despite his repeated claims, you can’t help but respect the man for being an absolute banger factory.

The producer might devote all of his time to winning but recently failed to do so when his latest album, Father of Ashad, debuted at number two on the Billboard charts behind Tyler the Creators IGOR, which took the top spot with 165,000 units moved compared to the 137,000 Khaled managed to rack up.

However, it appears he may have played himself.

According to The New York Post, Khaled has threatened to file a lawsuit against Billboard after claiming the music company neglected to include over 100,000 album sales he claims to have earned by teaming up with a drink company for a promotion that allowed fans to bundle a purchase of energy shots with his new record.

While Billboard says it was initially planning on including those sales in the total, it claims to have detected some discrepancies in the data, and as a result, Father of Ashad failed to snag the top spot (the company says they’ll introduce new rules concerning bundles next year).

If it’s any consolation, Khaled did manage to reach number one this week and he didn’t waste any time letting people know about it.

At least he managed to get another one after all.