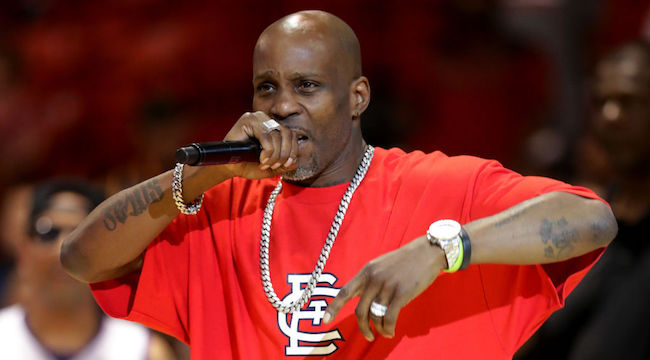 Over the course of his career, DMX has consistently rolled out the kind of music that makes you want to pull a Mike Tyson and bite someone’s ear off. Even his version of “Rudolph the Red-Nosed Reindeer” is filled with enough passion and anger to make you want to track down Santa and punch him in the face for not getting you the Lego Harry Potter Hogwarts set you wanted when you were in third grade.

The rapper born as Earl Simmons has found himself at a lot of places over the course of his career— including his short stint as a preacher in an airport Applebee’s where he bought everybody shots— and many of those places have been various prison and jail cells around the country thanks to the impressive number of felonies he’s managed to be charged with over the years.

DMX’s most recent legal battle involves charges related to $1.7 million in unpaid taxes and he is currently facing up to five years in prison after pleading guilty. In an attempt to reduce his sentence, his attorneys are planning to show up to a hearing on Thursday armed with a very secret weapon: their client’s music.

According to Pigeons and Planes, his lawyers want to use his songs to show who he really is, which I’m not sure is the best legal strategy based on everything I know about the oeuvre of DMX:

“It is raw Earl. We are not here or desirous of molding him into what some may want to see; Earl is uniquely him and that is both his beauty of mind and his genius.”

I guess it’s worth willing to try anything when you don’t have anything else.