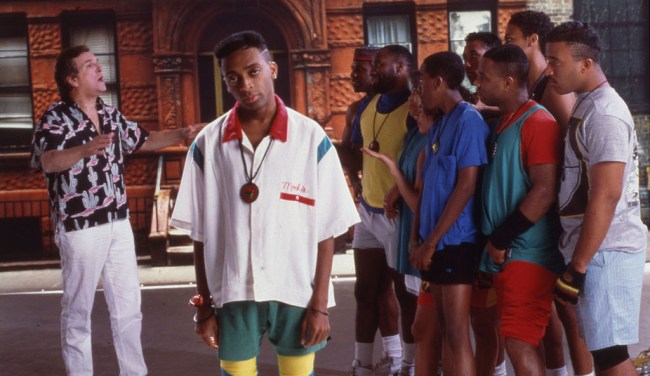 Guess what I’m doing, literally as we speak (you know, other than typing these very words and packing a freshie in the bong for a pre-lunch roast)? Clicking through my Verizon FiOS menu to rent Do The Right Thing. Why? Because it’s free, that’s why!

If you’ve never seen Do The Right Thing, now you have no excuse. Released in 1989, Do The Right Thing is to Spike Lee what Goodfellas is to Martin Scorsese: it’s the ultimate distillation of the director’s talent and the result is utterly mastery.

Soaked in extraordinary color — literally, it’s one of the brightest and most colorful movies I’ve ever seen — Do The Right Thing is a look at American race relations told through the lens of one very hot day in Brooklyn, which makes it the perfect film to revisit given our current moment history.

The Spike Lee Joint is AFI Movie Club’s selection for the day, and audiences looking to watch it can rent “Do The Right Thing” between June 22 and June 29 for free on Amazon, Apple, Charter, Comcast, Cox, Dish, DirecTV, FandangoNOW, Google, Microsoft, Redbox, Sony, Verizon and Vudu, among other services.

AFI will also host Lee in conversation about the film and about what it says about society today in the wake of the murder of George Floyd in a live discussion on June 25 at 8 p.m. EDT that can be viewed on the AFI YouTube channel. [via The Wrap]

Do The Right Thing was such a beloved widespread hit that just a mere decade after its release, in its first year of eligibility, the film selected for preservation in the National Film Registry for being “culturally, historically, and aesthetically significant.”