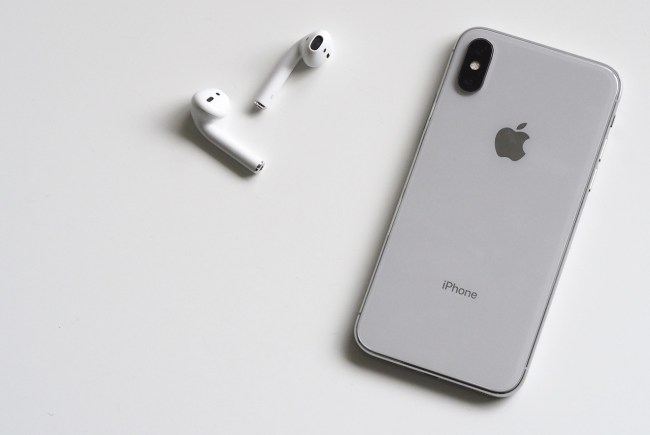 Back when the iPod was the hottest piece of tech in the streets, I remember a number of law enforcement officials warning people that wearing white headphones—which were pretty novel at the time—could make them a target for muggers intent on getting their hands on the MP3 player.

Of course, you’re now kind of a social outcast if you’re not rocking white earbuds, but over the past couple of years, a new status symbol has emerged in the form of AirPods, the wireless earbuds nobody really asked for but which people are picking up anyway because Apple makes them.

In 2018, the company sold approximately 15 million units and experts say that number is set to skyrocket in coming years. However, if you’re thinking about hopping aboard the AirPod bandwagon, you might want to think twice if a story that’s making the rounds is to be believed.

The article contained a quote from a biochemistry professor at the University of Colorado, who said, “My concern for AirPods is that their placement in the ear canal exposes tissues in the head to relatively high levels of radio-frequency radiation.”

Heid cited a petition that was endorsed by 250 scientists concerning the dangers of Bluetooth technology which, as Quartz pointed out, was actually signed by the collective back in 2015.

However, that didn’t stop the internet from freaking out, especially when you consider another paper published in 2018 did find wireless technology increased the risk of cancer in rats.

So how worried should you be? The Quartz article notes cellphones give off more radiation than wireless headphones when held up against your ear, but if you wear AirPods or other Bluetooth devices for an extended period of time, you probably aren’t doing yourself any favors.