Does Whiskey Age In The Bottle? Here’s Why You Might Want To Drink It Sooner Rather Than Later 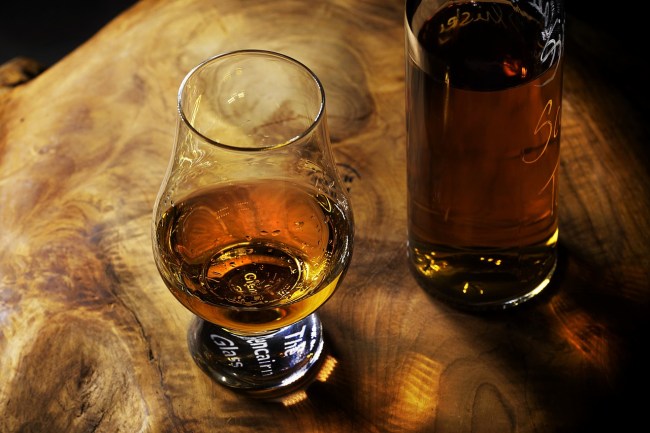 I previously published what I like to think is a pretty extensive guide to virtually every type of whiskey under the sun, and with the exception of moonshine (which is the basis for every style), every single one is aged in some shape or form in order to infuse the flavor and color we know and love.

However, this isn’t actually the case.

This misconception likely stems from people’s familiarity with the concept of aging and cellaring wine. The flavor and texture of wine evolves over time thanks to the sedimentation of tannins in addition to oxidation caused by any air that may be in the bottle (cork normally prevents oxygen from seeping in but it doesn’t serve as a totally airproof seal).

When you refer to the bitterness of wine—particularly reds—you’re really talking about the number of tannins it contains. While they may be harsh and astringent at first, as the tannins break down over time, the product becomes smoother with a more velvety mouthfeel, which is why aged wines are so sought after—assuming they managed to avoid too much oxidation.

Whiskey also contains tannins that are extracted from the oak during the aging process, which contribute to the dryness of the final product. However, they play a much more minimal role in the flavor compared to wine, and as a result, there’s no real noticeable difference over time.

For all intents and purposes, whiskey stops aging the second it leaves the barrel so you’re not doing yourself any favors if you leave a sealed bottle untouched for years on end. This is even truer once you pop the bottle open, as the whiskey will begin to oxidize, resulting in a less desirable flavor (exposure to light can also cause it to degrade before or after opening).

With that said, there is technically a way to change the flavor of whiskey in the bottle by harnessing staves. While the name more commonly refers to the slats that make up a wooden barrel, you can buy smaller pieces of oak engineered to infuse more flavor into a spirit that let you age on a micro-level.

If you’re looking for a simple answer to the question that brought you here: no, whiskey doesn’t age in the bottle and you’re really doing yourself a disservice if you hold onto one longer than you need to, so if you’re looking for an excuse to have a dram or two, you just found one.