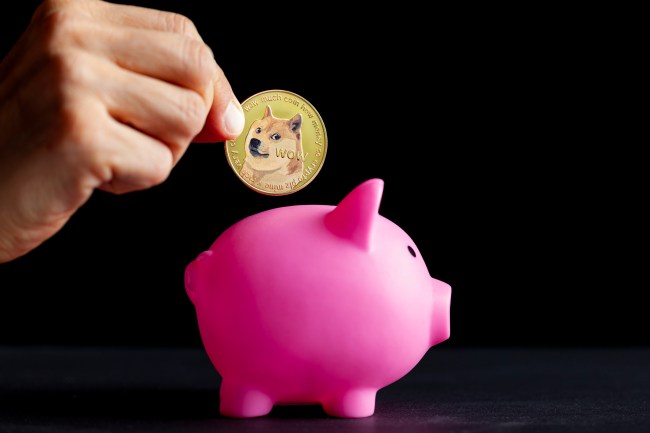 Less than one month after the 2007 YouTube viral sensation Charlie Bit My Finger was converted into an NFT and sold for $760,999, the iconic Doge meme is laughing in Charlie’s face.

The meme, which won Know Your Meme’s ‘Meme of the Decade’ award in December 2019, has officially become the most expensive non-fungible token ever after selling for $4 million USD.

According to NBC, a bidding war for the meme broke out between users @twodollahotdoge and @pleasrdao Friday afternoon, with @pleasrdao prevailing with a willing bid of 1,696.9 of the cryptocurrency Ethereum.

“We’re so happy to be a part of this milestone in internet history. If any meme deserved to be the new meme NFT record holder, it’s Doge,” Don Caldwell, editor-in-chief of Know Your Meme, said in a statement.

The photo of the Shiba Inu named Kabosu was taken by her owner, a Japanese kindergarten teacher named Atsuko Sato on February 13, 2010, Daily Mail reports. Sato was merely snapping photos for her personal blog and was “very surprised” at how the culture gravitated towards it, and never in her wildest dreams expected an entire cryptocurrency to centers its brand around it.

A percentage of the proceeds of the sale will go toward several charities, including the Japanese Red Cross Society and the World Food Programme.

If Doge does get sold as an NFT, we can always fall back on Doge 2 pic.twitter.com/157INa4B1R

Now excuse me while I go snap photos of my dog in an effort to get rich. School is for the birds.