Incredible Twitter Thread Celebrates The Life Of River, The Real-Life Dog They Used In ‘Fallout 4’ 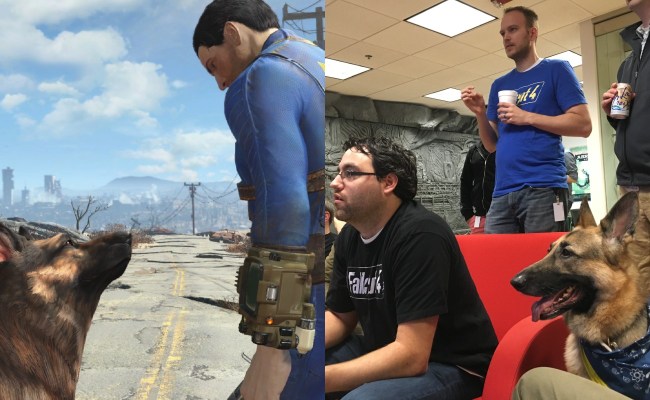 I’d ask where the hell the next Fallout game is, but since I know Bethesda Studios is currently hard at work on Starfield, their next-gen RPG that’ll be set in SPACE, I’ll give them a pass. Because if there’s one thing I find cooler than the post-apocalyptic landscapes of Fallout and the medieval lands of Skyrim, it’s SPACE. In fact, Starfield may make me switch from PlayStation to Xbox. But I digress — back to Fallout, specifically, Fallout 4.

If you’ve played Fallout 4, then you know your character is largely accompanied by Dogmeat, a trust post-apocalyptic canine companion. Dogmeat has been a staple of the franchise since 1997’s Fallout, albeit the character’s appearance has changed over the years, with this very good girl River served as the inspiration for Dogmeat’s look in Fallout 4.

In an incredibly heartfelt Twitter thread, Joel Burgess — the director of Canadian gaming studio Capy Games — paid tribute to River, who unfortunately passed away over the weekend.

“I said goodbye today to River, who most of you know as Fallout 4’s Dogmeat. Heartbroken doesn’t cover it, but I won’t eulogize her here. For Twitter, I thought it’d be appropriate to look back at her impact on that game,” Burgess began. 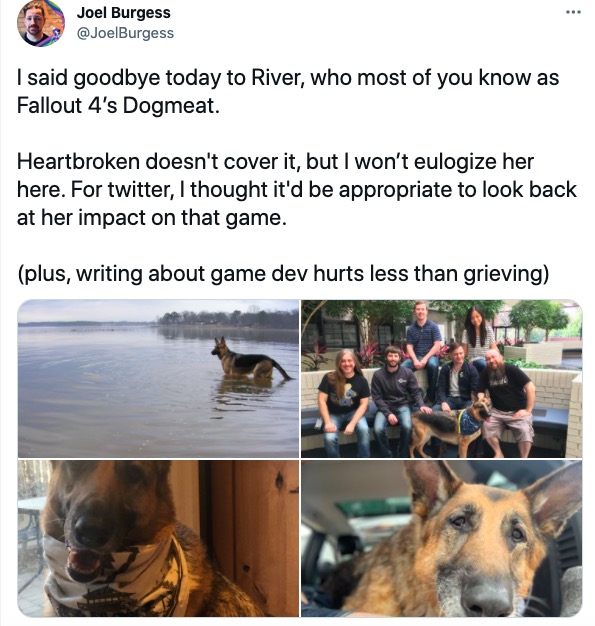 Burgess would then go on to explain how River’s personality was incorporated into Dogmeat, and how that helped make the character more of a companion than a weapon. 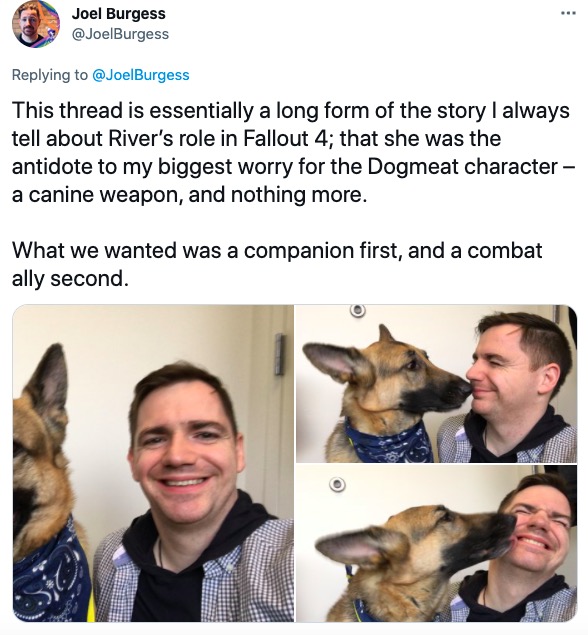 Joel then detailed how specific aspects of River’s personality were imbued into Dogmeat, such as her habit of running ahead of you, but looking back to make sure you’re still there, while on hikes. Or her habit of retrieving large objects for no reason at all.

If you’ve ever played Fallout, or are simply a fan of very good dogs — which, frankly, should be *all* of you — then Burgess’ full Twitter thread celebrating River’s life is very much worth the read. Rest in peace, River. Thanks for the memories. 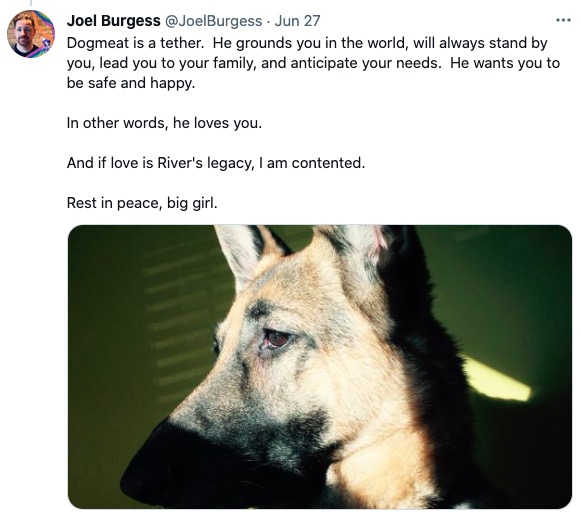 RELATED: The Studio Behind ‘Fallout’ And ‘Skyrim’ Goes To Space In Epic First Trailer For ‘Starfield’