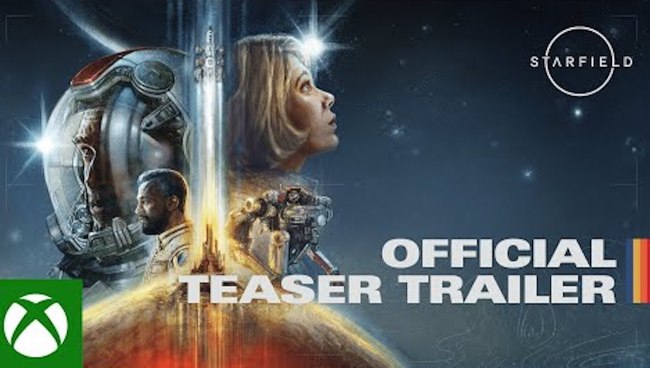 I’ve been waiting for a video game to convince me I need to upgrade to the next generation of video gaming.

I’ve been rocking with my PlayStation 4 for what feels like half-a-decade now and given Sony’s continued commitment to the system (not only were the likes of Spider-Man: Miles Morales and Assassin’s Creed: Valhalla released on the system, but upcoming games like God of War 2 and Gran Turismo 7 will be, too), I see no reason to abandon it for perceived green pastures on the other side of the technological fence.

That said, the trailer for Starfield — the latest RPG from the iconic studio behind Fallout and Skyrim — not only has me considering upgrading systems, but switching allegiances entirely and becoming an Xbox man, because… damn. I know I don’t speak for everyone, but the idea of an open-world RPG set in space has to be one of the culture’s great white whales. I remember everyone *thought* that’s what No Man’s Sky would be a few years back.

But knowing that Starfield comes from Bethesda is a guarantee of quality to such an extent that the question becomes not how good will it be, but how iconic will it be? Fallout and Skyrim are two of the most acclaimed video game titles of the century thus far and there’s no reason to believe Starfield won’t follow in their footsteps.

Starfield is the first new universe in 25 years from Bethesda Game Studios, the award-winning creators of The Elder Scrolls V: Skyrim and Fallout 4. In this next generation role-playing game set amongst the stars, create any character you want and explore with unparalleled freedom as you embark on an epic journey to answer humanity’s greatest mystery.

Now that Xbox owns Bethesda Studios, Starfield will be an Xbox exclusive and is currently scheduled to be released on November 11, 2022.