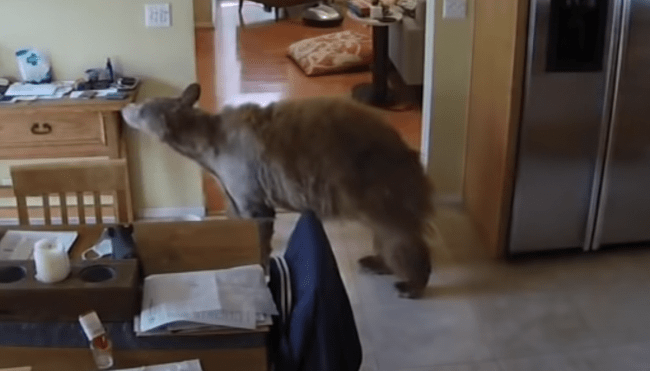 It seems like there’s an inverse correlation between how big a dog is and how ferocious they think they are, and if you need proof, I would direct you to literally every Chihuahua in existence.

As the owner of a fairly petite Shiba Inu with terrible manners and absolutely zero self-awareness, I routinely find myself acting like the friend of a 5’6″ guy at a bar who ripped enough shots of tequila to convince himself there’s no way trying to fight the bouncer who told him to leave will end poorly.

As a result, I’ve found myself uttering the words “Her bark is worse than her bite” on far too many occasions. However, it turns out there are certain occasions where barking is all you need to do in order to assert your dominance, including a recent incident in California where a couple of tiny terriers decided to take on a damn bear after it made its way into their house.

According to SF Gate, Deedee Mueller was chilling in her home in Pasadena alongside a couple of loyal companions named Mei Mei and Squirt last week when they suddenly started barking up a storm. The dogs eventually sprinted into the kitchen for reasons that became clear when their owner checked a security camera, which captured the duo literally scaring the piss out of the brown bear who seemed to be having a pretty good time until they arrived on the scene.

People on the internet may have a tendency to label literally any dog a Very Good one, but I can’t think of many that deserve that label more than Mei Mei and Squirt.