I’m No Doctor, But This Dominican Republic Official’s Theory On How A Tourist Died Seems Like A Stretch 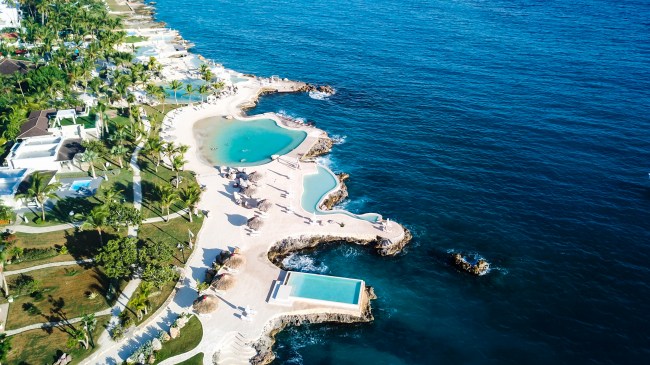 A Maryland woman and her fiancé were found dead in their hotel room at the Bahía Príncipe hotel in the Playa Nueva Romana resort last month. Autopsies revealed that Nathaniel Holmes, 63, and Cynthia Ann Day, 49, died of respiratory failure and pulmonary edema, according to WBAL.

JUST IN: The bodies of Cynthia Day and her fiancé Nathaniel Holmes are back in the U.S. https://t.co/IZWNNS9gm4
The couple was found dead at a resort in the Dominican Republic. pic.twitter.com/iKOzBlsQ95

Dominican Republic health officials have their own theory on how Cynthia Ann Day passed, and it’s a bit of a stretch. Ministry of Public Health spokesman Carlos Suero claimed Day likely died “probably from the shock of seeing the person beside her dead” and insisted that the Dominican Republic not be blamed for their deaths.

“There were many bottles of prescription medication in their room,” Suero said. “They practically carried around a pharmacy with them. They had pills for blood pressure, for the heart, they had anti-depressants. When you get on an airplane and travel with all that medical [baggage], this can happen.”

Suero told Fox News that autopsy reports for the nine tourists other whose deaths are publicly known show they died of natural causes. He chalked the reports of unnatural deaths in the D.R. as nothing more than fake news” to undermine the tourist industry in the Caribbean country.

“It’s all a hysteria against the Dominican Republic, to hurt our tourism, this is a very competitive industry and we get millions of tourists, we are a popular destination,” Suero said. “People are taking aim at us.”

In 2018, 3.2 million Americans vacationed in the Dominican Republic, amounting to half of the country’s $1 billion tourism market.

Suero’s defense comes in the wake of Dominican Public Health Minister Rafael Sanchez Cardenas claiming that Leyla Cox, a 53-year-old New York woman who died in her room on June 10, had a history of “several heart attacks.” Her family disputed this claim, saying that Cox was healthy and had not had a heart attack before.

“People die all over the world,” Suero said. “Unfortunately, very unfortunately for us, these tourists have died here. We had about 14 deaths last year here of U.S. tourists, and no one said a word. Now everyone is making a big deal of these.”

“I went to the United States and got an infection in my throat, but luckily I was returning to the Dominican Republic soon after,” he said. “If I’d died, would I have been right to blame the United States? No.”

An expert on Dominican tourism told Fox News Wednesday that the country should expect a temporary dive in visitors, especially from the U.S., this summer.