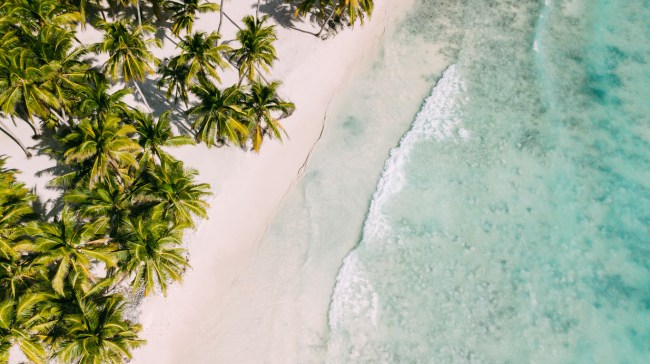 A man mysteriously died in the Dominican Republic and now his family is asking questions after the rash of recent deaths in the Caribbean country. The family is extremely suspicious of the man’s death since he had green foam coming from his mouth when he died.

At least 11 American tourists have died in the past year while on vacation in the Dominican Republic. The string of mysterious American tourist deaths has opened the eyes of the family of Mark Hurlbut Sr., who died in June of 2018.

“It was something that came way out of left field,” said Mark Hulburt Jr., son of Mark Hurlbut Sr. The 62-year-old man from Surprise, Arizona, was found dead at a resort in Punta Cana by his wife.

“She woke up, and he didn’t,” Hulburt Jr. told AZ Family. “She told me that as she found him that he had something green coming from his mouth.”

Officials in the Dominican Republic ruled Hulburt Sr.’s cause of death as a heart attack as well as respiatory problems, but now the family is suspicious of that autopsy report after so many others died in the last year under similar conditions.

“Some seemingly quite healthy people seem to be having heart attacks out of the blue,” Mark Hurlbut Jr. told CBS News. “Had I’d know then what I know now, I would have fought tooth and nail to have his remains brought here and have an American autopsy done.”

Like many of the other resort deaths in the Dominican Republic, Mark Hulburt Sr. was feeling sick. He went to bed, but he never woke up.

Hulburt Sr.’s family said he was seemingly healthy before he went on the trip. “It was not something that any of us thought was going to happen,” Hulburt Jr. said.

The most recent death in the D.R. was Joseph Allen, from Avenel, New Jersey. He took a vacation to the Dominican Republic with friends on June 9. The 55-year-old complained of feeling hot, laid down to rest and was found dead on June 13. Allen’s family demands answers as to what exactly caused the death of the man they say was in great health and passed a physical before his trip.

Corcoran’s death is not believed to have been similar to the other deaths because John was not staying at a resort and had a history of heart problems. Many of the tourists who died had a cause of death of a heart attack and/or pulmonary edema, which is fluid in the lungs. The way many of the victims died, it is consistent with someone dying from being poisoned.

In 2018, there were 3.2 million American tourists who visited the Dominican Republic, which accounted for approximately half of all tourists entering the Caribbean nation.

For more coverage of the situations in the Dominican Republic go HERE.