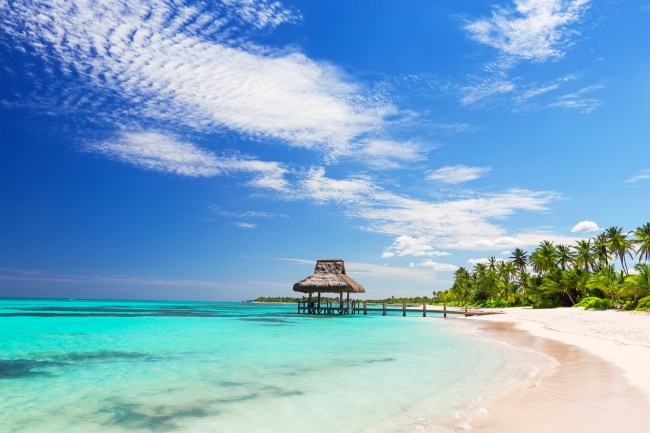 Another American tourist has died while on vacation in the Dominican Republic, in what has become a distressing trend. The latest mysterious death at a Dominican Republic resort becomes the tenth American tourist to have died while vacationing on the Caribbean island in recent months. The well-documented deaths prompted investigations and authorities might be zeroing in on a possible cause of the tragic deaths.

Joseph Allen, from Avenel, New Jersey, took a trip to the Dominican Republic with friends last week. They arrived at the Terra Linda Resort in Sosua on June 9 to celebrate a friend’s birthday. According to Allen’s sister, he complained about feeling hot at the pool on June 12. “He said he was going to his room to take a shower,” Allen’s sister Jamie Reed told ABC7 New York.

His friends came to check on Joseph later that day and he said he still “wasn’t feeling 100% again” and was going to lie down for the night. The next morning, Joseph Allen never showed up for breakfast, so his friends went to check on him. They knocked on his door, but there was no response.

Allen’s friends asked the hotel to perform a wellness check. “The maid opened the door, screamed, slammed the door,” Joseph’s brother Jason Allen told NBC4 New York. “My brother is on the floor dead between his room and the bathroom.”

“They found him on the floor,” Joseph’s sister said. “He had been there for a while. Rigor mortis had set in, and he was cold.”

Allen’s 23-year-old son traveled to the Dominican Republic to spend time with his dad on Father’s Day only to find out that his dad has passed away.

Allen’s family knew about the recent rash of deaths in the D.R., but were not concerned since Joseph visits the Dominican Republic several times a year and “because he does this all the time.” “That’s his vacation spot,” a family spokesperson said.

RELATED: Why You Should Never Charge Your Phone At The Airport

Reed said that her 55-year-old brother was healthy, didn’t have any health issues and had just passed a physical before his vacation. Dominican authorities have not released a cause of death for Joseph Allen. Allen’s family is currently trying to get Joseph’s body back to the U.S. to get an official cause of death.

Now the family wants answers into Joseph Allen’s suspicious death. “I’m fine with the passing, but we do want some answers,” Jason Allen said. “We want some closure to figure out what’s going on and why this is happening. And we don’t want anyone to feel how we’re feeling right now.”

“I don’t know who to blame,” Jason said. “I’d rather not guess because you will drive yourself crazy with that but I do think something is off and I think it needs to be investigated no matter how much money or how much time it is.”

With the string of resort deaths in the D.R., Joseph’s sister is thinking about what the other families are going through. “The families need answers,” she said. “We deserve answers. My brother was my best friend. I spoke to him every day. This is killing me.”

A New Jersey man who was found unresponsive in his Dominican Republic hotel room is now the ninth American to die while visiting the Caribbean nation. @BreakingChesky has the latest. pic.twitter.com/q3R4qJ6dL4

“The safety and security of U.S. citizens that live in, work in, and visit the Dominican Republic remains our highest priority,” U.S. Ambassador to the D.R. Robin Bernstein said. “These incidents are tragic and we offer our deepest condolences to those personally impacted.”

The U.S. Embassy in Santo Domingo is facilitating cooperation between investigators from the United States and the Dominican Republic. The Federal Bureau of Investigation (FBI) and Centers for Disease Control and Prevention (CDC) have started their own investigations into the mysterious deaths in the Caribbean country.

Corcoran’s death is not believed to have been related to the other deaths because he was not staying at a resort and had a history of heart problems. Many of the tourists who died had a cause of death of a heart attack and/or the respiratory condition known as pulmonary edema, which is fluid in the lungs.

There have not been just deaths, there are many documented cases of people getting violently ill while in the Dominican Republic and having to cut their vacation short to come back to the U.S. to get medical help. Kaylynn Knull and Tom Schwander were vacationing at the Grand Bahia Principe La Romana in June 2018 when they became extremely sick. The Colorado couples’ illness continued for six weeks and they sued the Dominican resort for $1 million.

You can read more about the Dominican Republic resort deaths HERE.