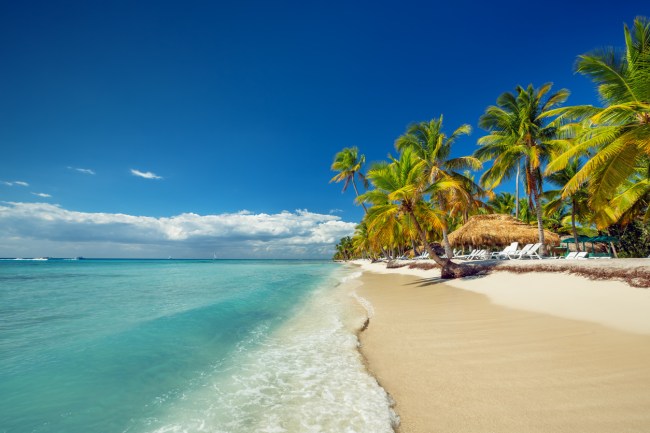 Two American tourists died while vacationing in the Dominican Republic, which brings the recent death toll to nine. The two most recent deaths seem to be from a mysterious illness like many of the previous fatalities. Family members are demanding answers.

“My family wanted her to not go on this vacation,” Leyla’s son William Cox told SI Live. “I truly believe if my mother was not in the Dominican Republic, she would have been alive right now.”

Leyla Cox's death is the latest case of an American tourist dying while on vacation in the Dominican Republic; at least six other Americans have died since January, some under questionable circumstances https://t.co/Fogt5NKjPf pic.twitter.com/K5E0VcKbqm

“I am overwhelmed and confused and in shock,” William told the outlet. “Her birthday was on June 9 and she passed away on June 10.” Leyla was supposed to return home on June 12.

“The Dominican Republic has put every roadblock in my way to prevent me from finding the answers that I need to sleep at night,” William said. “It keeps me up at night knowing that my mother’s remains belong to a foreign country.”

Like many of the previous deaths, Leyla was found dead in her hotel room. And like many of the other previous fatalities, Leyla Cox’s cause of death was ruled a heart attack.

“She was at no risk for a heart attack and I truly believe in some way, shape or form, the Dominican Republic is responsible for my mother’s death,” William said.

“I have to get her ashes back,” William said. “Her ultimate wish was to have her ashes spread in the Florida Keys.”

Another family has come forward to tell the story of their loved one who died in the Dominican Republic. Jerry Curran was checked into the Dreams resort in Punta Cana on January 22, and died three days later, according to his daughter Kellie Brown. On Friday, the State Department confirmed that an American died in the Dominican Republic in January.

“He went to the Dominican Republic healthy and he just never came back,” Brown said of her 78-year-old father.

On Tuesday, January 22, Jerry and his wife had dinner and drinks with friends the first night they arrived on the Caribbean island. The next couple of days he was mostly bed-stricken. Around 3 AM on Friday, he began vomiting and was unresponsive.

It took two hours to take Curran to the hospital, where he was put on a ventilator. Doctors told Kellie that her father needed surgery or he would die.

The hospital said it would cost $50,000 and she would also need to send “a copy of your passport, the front and back of your debit card and an authorization stating that you would allow them to withdraw $50,000.” Kellie said the hospital settled on accepting $40,000 for the emergency surgery.

“He made it through surgery and he died about eight hours later,” Kellie said. She received the tragic news of her father’s death while she was waiting for her flight to the Dominican Republic at the airport in Charlotte, North Carolina.

The family is suspicious about Jerry’s death because the death certificate from the hospital and the U.S. Embassy indicate the time of death was 11 AM on Saturday, January 26th, but Kellie was notified that her dad died 11 hours earlier.

“I thought something’s not right: my father was a healthy 78-year-old, he took care of himself, and I just didn’t think anything like this was possible, but then I started to hear other people’s stories,” daughter Kellie Brown told WKYC.

Then there are the four causes of death that don’t seem to add up. Jerry Curran was said to have died from cerebral hypoxia (when the brain is deprived of oxygen), subdural hematoma (the brain bleeding), severe encephalitic cranial trauma (a traumatic brain injury) and pulmonary edema (fluid in the lungs).

Many of the other American travelers who died in the Dominican Republic also had a cause of death of pulmonary edema, which caused Kellie and her family to question her father’s death. “One of them is pulmonary edema which seems to be common in everyone else who’s passed that we’re learning about,” Kellie said.

Kellie asked a physician to review her father’s x-ray and CT scan. The doctor said the pulmonary edema was “scant, and not enough to be a direct cause of death.”

The doctor was shocked that Jerry didn’t appear to have a breathing tube on the scans, which should have been done as soon as he got to the hospital and before any scans were taken.

Kellie questioned the brain trauma because “he never complained of hitting his head or falling.” Kellie said her father was on blood thinners, which may have contributed to the brain bleed, but there are still so many questions about his death.

“We want to find out what happened and why did he die,” Kellie said.

There have been at least nine American tourists who have died in the Dominican Republic over the past year, many have been from a mysterious illness.

In June 2018, 51-year-old Yvette Monique Sport from Pennsylvania died at the Bahia Principe resort in Punta Cana from a heart attack.

In July 2018, 45-year-old David Harrison died of a heart attack at the Hard Rock Hotel & Casino in Punta Cana while he was celebrating his wedding anniversary with his wife and 12-year-old son.

John Corcoran, the brother of Shark Tank host Barbara Corcoran, died in the Dominican Republic in April, but the family is not suspicious of his death because he was not staying at a resort.

In April, 67-year-old Robert Bell Wallace died while staying at the Hard Rock Hotel & Casino resort in Punta Cana after he had a drink from the room’s minibar.

On May 25, 41-year-old psychotherapist Miranda Schaup-Werner from Pennsylvania collapsed after having a drink from the minibar in her room at the Luxury Bahia Principe Bouganville in La Romana, where she was celebrating her wedding anniversary. Her death was ruled a heart attack that caused respiratory failure and fluid accumulation in her lungs.

On May 30, a newly-engaged couple from Maryland were found dead at the Luxury Bahia Principe Bouganville in La Romana. Edward Holmes, 63, and Cynthia Day, 49, were found by resort employees after they didn’t check out.

Kaylynn Knull and Tom Schwander were vacationing at the Grand Bahia Principe La Romana in June of 2018. The couple from Colorado allege that they got so violently sick during their stay that they had to leave the Dominican Republic and go back home. They claim they were sick for six weeks and their doctor said they were suffering from poisoning by insecticides. They filed a $1 million lawsuit against the Grand Bahia Principe La Romana resort.

The Federal Bureau of Investigation (FBI) and the U.S. Centers for Disease Control and Prevention (CDC) have opened investigations into the string of U.S. tourist deaths in the Dominican Republic.

Many travelers have canceled their vacation plans to the Dominican Republic since news of the rash of deaths.

You can read more about the previous American tourist deaths HERE.