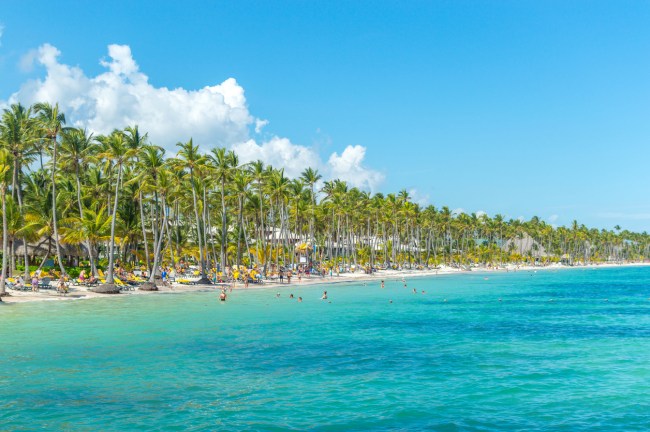 There have been at least 10 American tourists who have died while on vacation in the Dominican Republic in the past year, the latest victim was a 55-year-old man from New Jersey. The recent headlines of American tourist deaths at resorts prompted a group of Jimmy Buffett fans to come forward to tell their story of how they got violently sick while vacationing in the Dominican Republic.

Jimmy Buffett fans are affectionately known as “Parrotheads” because of the musician’s affinity for tropical themes and his laid-back beach lifestyle. The Jimmy Buffett Central Oklahoma Parrothead Association decided to plan a Caribbean vacation for their members and where better to enjoy a margarita than on a hammock hovering over the white sands of the Dominican Republic.

There were 114 Jimmy Buffett fans who made their pilgrimage to the Hotel Riu Palace Macao in Punta Cana. But instead of sipping icy tropical drinks while listening to A Pirate Looks At Forty and Son Of Son Of A Sailor, many of the Parrotheads found themselves bed-stricken after suffering from a severe mystery illness.

One of the people who went on the Jimmy Buffett-themed vacation and got sick was Dana Flowers. “Four or five days we were having a good time but then by the middle of the week people were beginning to get sick,” Flowers told Oklahoma’s News 4.

“Lost 14 pounds during that time and was really sick,” Flowers said. “I can’t even explain how sick I was.” He adds that many of the sick travelers couldn’t leave their hotel rooms because they were so ill.

“Out of those 114 people, 47 got sick there,” said Flowers, who is a member of the Jimmy Buffett Central Oklahoma Parrothead Association and a travel agent.

“We had no idea when we were there that all this was going on,” Flowers said of the April 2019 trip. Some of the Parrotheads said the Riu Hotel was “dismissive” of their complaints.

RELATED: Why You Should Never Charge Your Phone At The Airport

The doctors in the Dominican Republic told him that it was probably a parasite. Flowers tested negative for salmonella, but others in his group tested positive. One case was so severe that it was reported to the Centers for Disease Control and Prevention (CDC).

Flowers isn’t sure what caused the outbreak of illness at the resort because everyone was eating different foods, drinking different drinks and dining at different restaurants. The only thing that everyone who got sick did together was swim in the resort pool, which features a swim-up bar.

While some of the recent D.R. deaths have had a coincidence of the victims drinking alcohol from the minibar, Flowers said he never does because of the potential for someone to tamper with it.

After seeing the recent rash of suspicious deaths in the Dominican Republic, Dana is just happy it didn’t end worse for him. “I will not be going back to the Dominican any time soon,” Flowers proclaimed.

The Hotel Riu Palace Macao issued a statement on the illness by saying:

“We are aware that three guests staying last April at this hotel and coming from the same group (of 120 people) were attended by a possible case of gastroenteritis in our doctor’s office. These events occurred after an external activity of this group outside the hotel, so we can not determine the exact origin of the stomach upset. Having said that, no more similar cases were registered by other guests during the indicated date above. We regret not being able to offer you more information due to privacy reasons.”

This comes only two months before another group from Oklahoma also got severely sick. Last week, a group of about 60 Oklahoma graduating high school students went to the Dominican Republic for their senior trip. At least six of the teens got so violently ill while at a Punta Cana resort that they had to be rushed to the hospital.

The FBI and CDC are currently investigating the deaths of American tourists in the Dominican Republic.

You can read more about the ongoing situation in the Dominican Republic HERE.