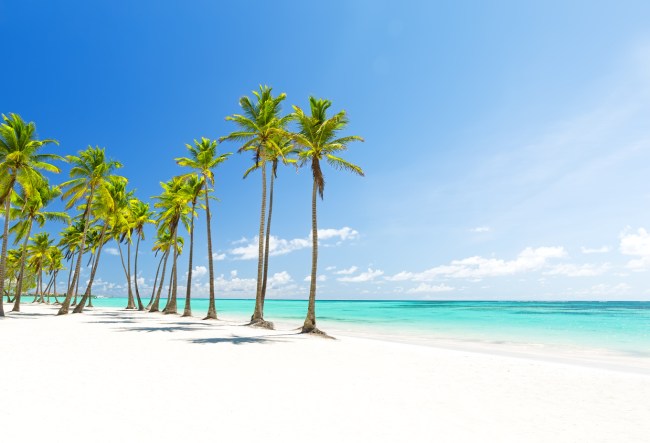 News broke earlier about a New Jersey man dying in the Dominican Republic, he was the tenth American tourist to have died on the Caribbean island since 2018. Now there are reports that a group of high school graduates getting seriously sick while vacationing at a popular Dominican Republic resort.

It was supposed to be a senior trip to celebrate their high school graduation, but it quickly turned into a nightmare as several teens became so ill that they had to be rushed to the hospital. On June 8, a group of about 60 graduates and their chaperones traveled to the Hard Rock Hotel & Casino in Punta Cana.

The new graduates from Deer Creek High School in Edmond, Oklahoma, enjoyed their time on the beach in paradise on the first day. They then dined at the resort’s Japanese restaurant on the first night. Soon after, many students suffered from a mystery illness.

At least seven people from the group got sick. Those who got sick said they experienced chills and intense nausea, followed by dangerous levels of dehydration.

Libby McLaughlin was one of the students who fell ill and her mother Liz McLaughlin, who was also on the trip, is searching for answers. “We just don’t know what is happening,” McLaughlin told News6 Oklahoma. “Is it the water? Is it the ice? Is it the food? Is it the food handling? Is it the pesticides?”

Bennet Hill is another student who got sick while staying at the resort in the Dominican Republic. “I just woke up, and my stomach was cramping and I was sweating,” Hill told KOCO. “I was freezing.”

Some of the students got so violently ill that they had to be taken to the local hospital by ambulance. “We’ve been hooked up to IVs since we first got here with antibiotics, just getting hydrated,” Bennet said. “Anti-nausea medicine, all this stuff because we were just so dehydrated.”

“Hard Rock Hotel & Casino Punta Cana is disappointed regarding a recent situation in which a group of guests became ill after dining at one of our twelve venues,” the resort said in a statement. “As the safety and health of our guests is now, and has always been our highest priority, Hard Rock Hotel & Casino Punta Cana is regretful that we did not achieve the extremely high standards we set for ourselves.”

The website IWasPoisoned is a site where people can report their sickness. There have been more than 70 people who have claimed that they got sick while staying at the Hard Rock Hotel & Casino Punta Cana since March. Tourists claim they were sick with ailments such as diarrhea, vomiting and fever.

These are not verified cases of sickness and people could be reporting false cases because these resorts are in the news. But there were only 10 reports of illness in all of the Dominican Republic all of last year.

The resort issued a statement about the two deaths: “Hard Rock Hotel & Casino Punta Cana is deeply saddened by these two unfortunate incidents, and we extend our sincerest sympathy to the families of Mr. Harrison and Mr. Wallace. We are currently waiting for official reports regarding these deaths, which occurred in July of 2018 and April of 2019 respectively.”

“We can assure you, the safety and health of our guests is now, and has always been our highest priority,” the Hard Rock Hotel & Casino told Fox News.

“We currently implement beverage protocols, including purchasing sealed and unopened products from licensed and reputable vendors, as well as daily inspections of all products served throughout the hotel bars and in-room liquor dispensers,” the statement said. “Additionally, our team members are trained to inspect all supplies, equipment and products that enter the property. Of course, we will continue to evaluate and recalibrate our protocols to strengthen and enhance guest safety.”

At least nine American tourists have died at resorts in the Dominican Republic over the past year. Many of the deaths have similarities such as drinking alcohol from minibars in their room, feeling warm, having fevers, sweating, shortness of breath, dizziness, stomach cramps, vomiting, and dehydration. Dominican authorities have named the cause of death to be from heart attacks and/or respiratory ailments.

Kaylynn Knull and Tom Schwander were vacationing at the Grand Bahia Principe La Romana in June 2018. That’s where the couple from Colorado got so violently sick that they “were drooling excessively” and their “eyes would not stop watering.” Kaylynn suffered cramps so painful that “it felt like a chainsaw going through my gut.”

They left the resort the next morning and returned home to Colorado. They went to their doctor and the physician diagnosed them with poisoning from organophosphate, which are chemicals found in insecticide. The couple claim that they were sick for six weeks. Knull and Schwander filed a $1 million lawsuit against the Dominican resort, which has yet to be resolved or settled.

The FBI and CDC have opened investigations into the string of mysterious deaths to American tourists vacationing in the Caribbean country. The Dominican Republic has been cooperating with U.S. officials to find out what are causing these bouts of sickness and deaths.

You can read more about the grave situation in the Dominican Republic HERE.