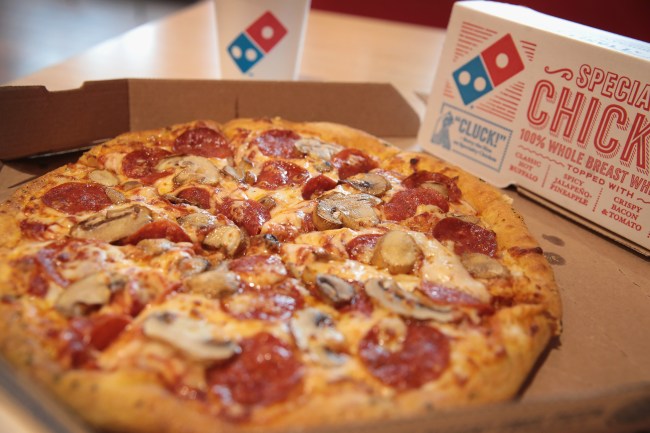 Tip your delivery men and women.

For those in the back of the room…

TIP YOUR DELIVERY MEN AND WOMEN.

It’s that simple. We have no problem giving bartender Chad two bucks for every Bud Light cap he twists off, but shelling out some paper for a guy who hand-delivered your dinner while ignoring the ‘Check Engine’ light in his 1993 Honda Civic is too much to ask? Is this how we treat our essential workers as Americans?

Apparently so, if this viral story is any indication of a larger trend.

TMZ acquired a video from a Ring camera of a Domino’s Pizza delivery guy chirping two teenagers for stiffing him with no tip.

The father of the two kids told TMZ he let his daughter use his credit card to order some food from Domino’s, but when she signed for it, she left the tip line blank.

The father reportedly called Domino’s that night and lodged a complaint, and the following day both the General Manager and owner of that franchise called to apologize to him and his kids.

Not only that, but the area supervisor and the store manager went to the family’s home to deliver some gift cards for their trouble— a $200 prepaid gift card for each teen, and a $100 Domino’s gift card for the family.

The Domino’s worker was fired.

Am I taking crazy pills? An apology tour and $300 in gift cards for being a cheapo and absorbing a few f-bombs? You would have thought the employee sprinkled his pubes on the damn pizza.

Plus, if everyone “mistakenly” stiffed deliverymen on the tip, there would be no deliverymen at all.

A Domino’s deliveryman and YouTuber made a video documenting four hours of work last year. This was his total pull.

TL:DR: Tip your servicemen and women.