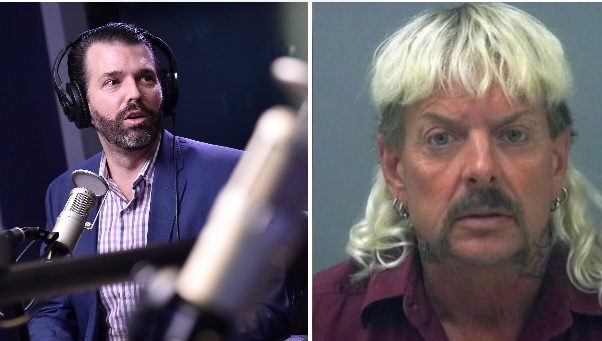 The son of US President Donald Trump would be down to free Joe Exotic after binge-watching Netflix’s Tiger King during quarantine.

On Monday, Donald Trump Jr. made an appearance on SiriusXM’s The Jim and Sam Show and was asked about the possibility of having the President pardoning Joe Exotic.

“Maybe not right now, but I can generally be for this just for the meme. And just for frankly watching the media reaction to this thing. It would be pretty amazing to ultimately see that.”

Trump Jr. went on to say that he wasn’t entirely sure what Joe Exotic did, but he felt that his 22-year prison sentence was “sort of aggressive”.

Trump Jr. is a big fan of the show and has been sharing Tiger King memes featuring his father on Instagram for the past few weeks.

I’m not sure Trump Jr would be happy to find out the Joe Exotic has a Youtube channel filled with videos taking shots at his dad.