President Trump Is Considering A Presidential Pardon For Kodak Black And Lil Wayne Before Leaving Office, Per Report 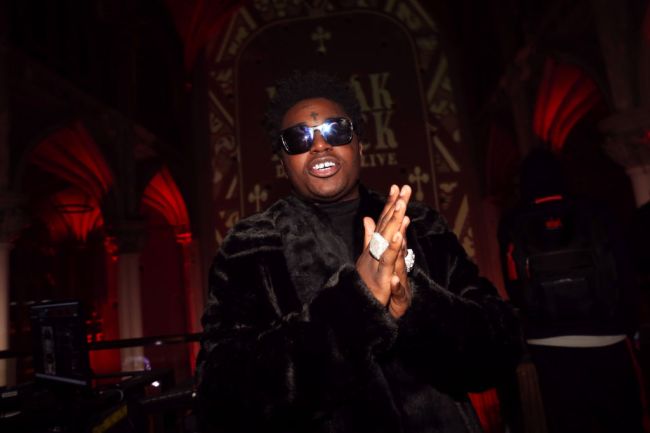 With less than 14 days remaining in office, President Donald Trump is reportedly considering a large list of pardons that includes two high-profile rappers, Bloomberg reports. Among those he might be looking to absolve of any punishment for a federal crime on his last day in office are Lil Wayne and Kodak Black, among aides, family members and possibly even himself.

Black, who changed his legal name from Dieuson Octave to Bill Kahan Kapri, is serving a three-year sentence after he pled guilty for the falsification of information on federal documents that were used to purchases firearms in Miami. He was arrested in May of 2019 and also faces drug, weapons and sexual assault charges in other states.

Wayne, whose given name is Dwayne Michael Carter Jr., faces a maximum of ten years in prison if he is convicted for illegally possession a firearm as a previously convicted felon. He pled guilty to the charges in December but remains free on $250,000 bond.

Both rappers have previous ties to the President and may be free men by the end of the month. Wayne met with Donald Trump in October to voice his support for Trump’s “Platinum Plan” for Black America.

Black, who has never met with President Trump in person, is connected through his lawyer Bradford Cohen. Cohen appeared as a contestant on season two of Trump’s reality show ‘Celebrity Apprentice’ in 2009 and was called a “brilliant guy” and a “great lawyer” who was doign “wonderful things in Florida” by the then-host. He also served on the legal team for Trump’s campaign manager in 2016. Cohen does not have a comment at this time.

The 23-year-old has also had some celebrity friends campaigning for his pardon over the last week, including Lil Yachty and Lamar Jackson.

Hey @realDonaldTrump @potus my friend @KodakBlack1k deserves to be commuted. The system punished him way to hard for a paperwork crime #freekodak

Hey @realDonaldTrump my friend @KodakBlack1k deserves to be commuted. The system punished him way to hard for a paperwork crime #freekodak

President Trump’s final day in office is January 19th, and we will find out on that day if Black will be released and whether Weezy will be continue toward being tried.