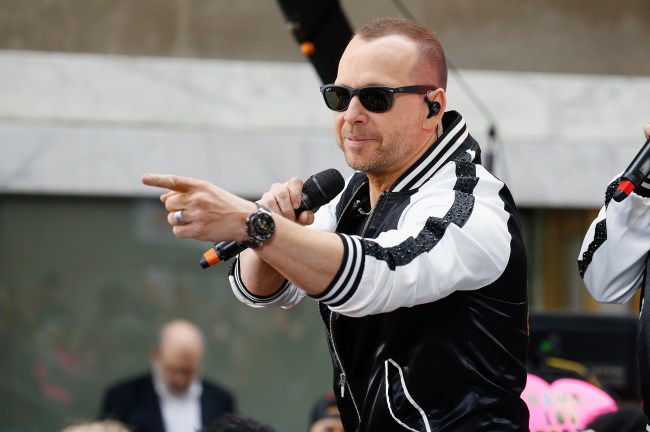 2020 has been an awful year, I type, dead-eyed, mindlessly mimicking every 30 second ad spot trying to shill a Buick Enclave by connecting with the pulse of the average American.

Hey Buick, I had a whiskey and a cigarette for breakfast. You ain’t about this life. Stay in your lane, which is typically the breakdown lane. Unless you got blow in the glove compartment. Then call me when I’m 75 and willing to die in a Buick.

Donnie Wahlberg has been dropping four-figure tips this year like his family drops their r’s and immigrant convenience store employees.

This week, the 51-year-old founder of New Kids on the Block left a $2,020 tip on a $35.27 bill to his server, Denise Andrews, at Marshland Restaurant in Plymouth, Mass.

Instead of pocketing the tip for herself, the good and pious Denise Andrews did something most people are too spineless to ever consider.

“Denise was very generous. She tipped out her fellow waitstaff and the guys in the kitchen, and she actually donated too,” he Finch said. “She’s working on getting two families turkey meals during the holidays, so she’s generous herself. Donnie said to pass it on, to keep this positive stuff going, so she’s trying to do that as well.”

The generous gesture is part of the #2020tipchallenge & was a huge surprise to the staff, who shared the $ and paid it forward. #Boston25 pic.twitter.com/lNQKVCtlW0

Denise, may you be welcomed into the gates of heaven with a giant hug from Alex Trebek and my dog, Bailey.