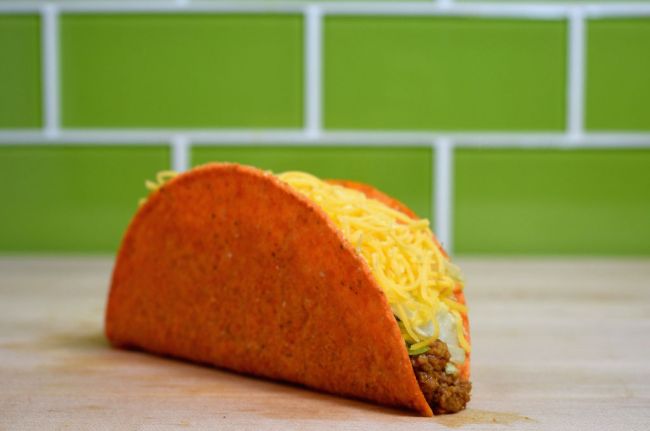 A DoorDash driver was caught orange-handed stealing a Taco Bell order as seen in a viral TikTok video. The alleged thief was the one who accidentally posted incriminating evidence of the stolen Doritos Locos Taco.

TikTok user @katelyn8560 recently posted a video exposing her DoorDash driver stealing part of her Taco Bell order. She noticed the bag was already “ripped open,” and received everything in her Taco Bell order – except a Doritos Locos Taco. The delivery person could have gotten away with committing the taco theft if they had simply licked their fingers of the evidence.

“Not really gonna worry about it, just gonna go ahead and get me a little refund, call it a day,” @katelyn8560 says in the TikTok video that has over 1.5 million views.

The DoorDash driver shared a photo with the customer showing the Taco Bell bag of food on the front porch.

“And then I get this picture from my Dasher. Y’all. Tell me that ain’t Dorito dust on this woman’s fingers,” @katelyn8560 says in the viral video. “Tell me this woman didn’t eat my tacos now!”

The photo showed the delivery person’s fingers – covered in orange flavor dust from the shell of the Doritos Locos Taco. BUSTED.

The customer contacted DoorDash, and was issued a refund for the stolen taco.

DoorDash confirmed the incident and has since fired the driver, according to Too Fab.

“Trust and respect in our community is extremely important, and we take reports of this behavior seriously,” a DoorDash spokesperson said. “Our policy strictly prohibits Dashers from taking or tampering with customer orders in any way, which leads to immediate removal from our platform.”

“We have reached out to the customer to offer our support and deactivated the Dasher involved,” DoorDash said, adding that the customer received a full refund as well as extra DoorDash credits.

To be fair, driving in a car with the aroma of tacos swirling around requires a lot of self-control to not devour all of the tacos.

Reply to @mangos.udder I wish I had to make stuff like this up. 😂 #greenscreen