Dr. Dre’s Estranged Wife Claims He Held A Gun To Her Head Twice While They Were Married, Causing PTSD 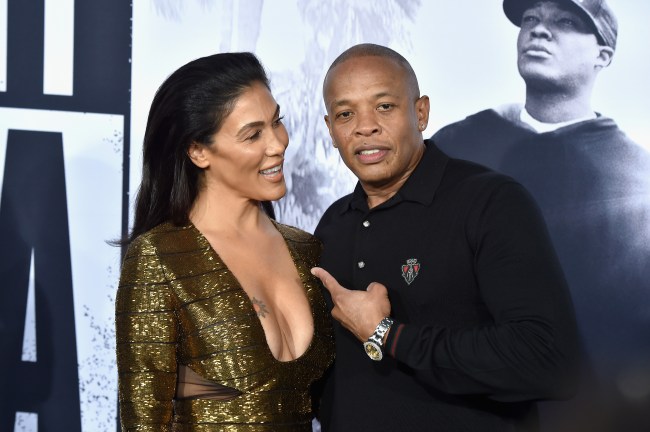 Ice T offered a health update on Dr. Dre Tuesday, claiming the iconic producer is doing “good” and should be home soon after suffering a brain aneurysm last week.

But being incapacitated in a hospital bed may have been a welcomed reprieve for Dre, who is currently going through a divorce battle with his wife of 24 years that would make Jim Edmonds cringe.

As a quick refresher:

Here is a wildly random photo of the pair with Lance Armstrong and Cheryl Crow from 2005. 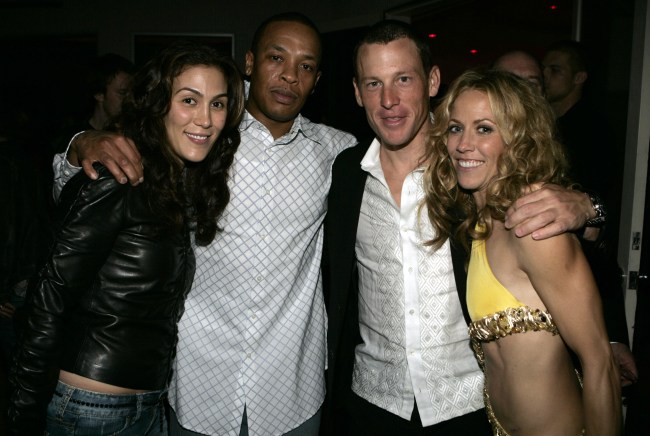 Entertainment Tonight is now reporting new claims made by Nicole, alleging Dre held a gun to her head on two occasions, once in 2000 and again in 2001. She also claims that he “punched her in the head/face twice, as well as kicked down the door to her bedroom when she was allegedly ‘hiding from his rage in 2016.'”

Nicole goes on to allege that throughout their marriage, Dre has “verbally and emotionally decimated my personhood to the extent that I currently suffer from post-traumatic stress syndrome.'”

In past filings, Dre has claimed at no time did he ever abuse Nicole or threaten her and anything to the contrary are “blatant lies.”

The couple has two children together, a boy named Truice (born in 1997) and a girl named Truly (born in 2001). I can’t imagine what a nightmare this is for them.