Dr. Dre’s Estranged Wife Wants To Subpoena 3 Of His Alleged Mistresses To Testify 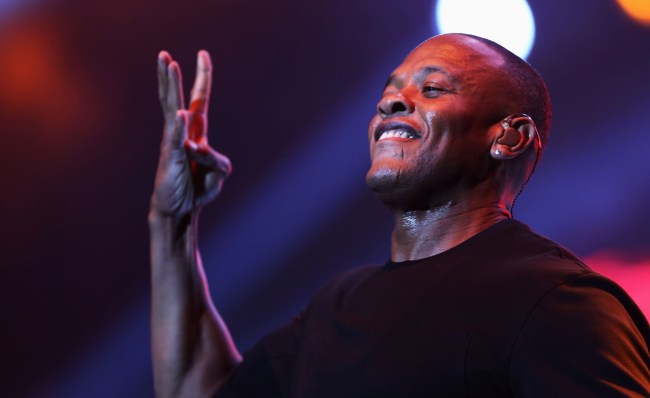 Just when we thought it couldn’t get any uglier, the Dr. Dre versus Nicole Young divorce saga takes yet another turn as Dre’s estranged wife wants to subpoena three of his alleged mistresses to testify against him.

Alleged embezzlement, asset hiding, domestic violence, a prenup that may or may not be invalid, … what a mess, and it’s really just getting started.

All three women, who Young alleges are former mistresses of her husband of 24 years, have hired the same lawyer, Kris LeFan, to fight against them having to give depisitions.

“Any extra marital affair would be irrelevant because California is a no-fault divorce state and in a pleading or proceeding for dissolution of marriage or legal separation of the parties, including depositions and discovery proceedings, evidence of specific acts of misconduct is improper and inadmissible,” wrote LeFan in a court filing.

Young had been seeking $2 million a month in spousal support from Dre. She lost that battle.

All of this fighting will pretty much be for naught, however, if a Los Angeles Superior judge determines the prenup between Dre and Young is still valid and enforceable.