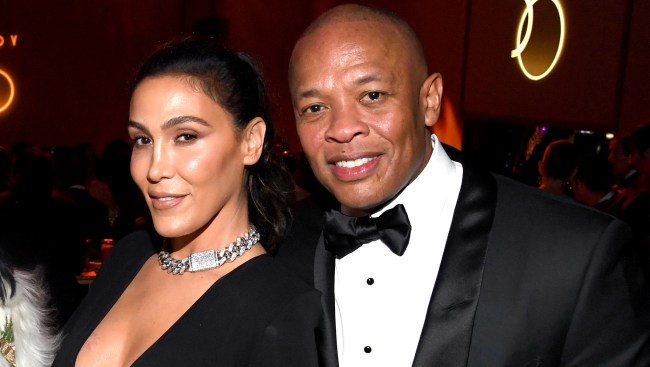 The hits just keep on coming for Dr. Dre and his estranged wife Nicole Young, and they have nothing to do with music.

Earlier this week, Young was accused of “decimating” the bank account of Dre and Chatman’s company Record One to the tune of $363,571.85 by writing a check to herself that she had no authorization to do so.

On Tuesday, Attorneys for Larry Chatman piled on with even more allegations of financial fraud against Young.

According to TMZ, Chatman claims that in addition to the $353K Young allegedly embezzled from Record One, two days after receiving a letter accusing her of criminal conduct she wrote another check to herself for $31,457.

In Larry and his attorneys’ eyes … that amounts to grand theft … on top of the alleged $353k embezzlement from earlier.

Nicole’s attorney called their first accusation a “low-grade PR stunt” meant to embarrass his client and take the spotlight away from a recent lawsuit she filed against Dre himself … in which she accused him of hiding assets she feels entitled to in the divorce.

“This is a clear attempt to smear Nicole’s name,” Young’s lawyer, Bryan Freedman, told TMZ. “As people are well aware, banks do not give out money to people who are not authorized to receive it.”

Young has stated that the prenuptial agreement she signed when the couple were first married is invalid because he ripped it up, and that he is hiding assets and committed domestic violence against her.